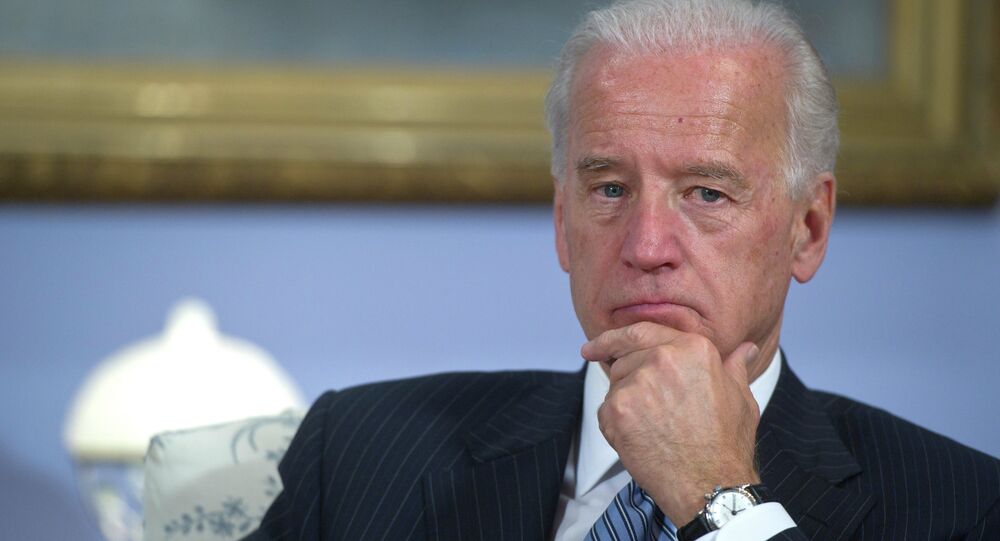 With time ticking for the 3 November election, President Donald Trump and Democratic presidential nominee Joe Biden continue to lock horns, notably over whether either of them is fit to take office.

Donald Trump has once again claimed that Democratic presidential hopeful Joe Biden is “possibly” using drugs in order to improve the former vice president’s debate performances during his election campaign.

“[…] That's what I hear. […] I don't know how you can go from being so bad where you can't even get out a sentence. I mean you saw some of those debates with the large number of people on the stage. He was – I mean, I used to say how is it possible that he can even go forward”, the US president argued in an interview with Fox News.

The claims came after POTUS called for Biden to be tested for drugs last month and added that he himself is “pretty good at this stuff”.

Trump also said that he had watched Biden “in the debates with all of the different people” and that “he was close to incompetent, if not incompetent”.

This followed the US president boasting in July that he had “aced” a cognitive test and challenging the former US vice president to take one.

© REUTERS / Jonathan Ernst
Nearly Half of US Voters Expect Trump Win Despite Biden Lead in Surveys, Poll Reveals
The proposal was then rejected by Biden, who told the National Association of Black Journalists and the National Association of Hispanic Journalists in July that it’s “like saying, before you got in this program, you're taking a test whether you're taking cocaine or not”.

This prompted Biden to release in July his medical assessment, which described him as a “healthy” and “vigorous” individual. In the latest development, Biden pledged in an interview with CNN to be “totally transparent” as he berated Trump for making disparaging remarks about the Democratic presidential nominee’s mental acuity.

“Thank God I am in good health. But here's the deal. Anything can happen. When it comes to Donald Trump versus me, just look at us, okay? […] Who seems to be in shape? Who's able to move around? I mean this idea of 'Slow Joe'. Anyway, I shouldn't laugh about it, because […] just look at us both”, Biden said.

A recent CBS/YouGov poll has, meanwhile, showed that respondents are almost evenly split, 51 to 49 percent, on whether Trump is mentally unfit to be president. As far as Biden is concerned, a CNBC/Change Research survey found that 52 percent of voters consider Biden mentally unfit to be in office, while 48 percent think the opposite.