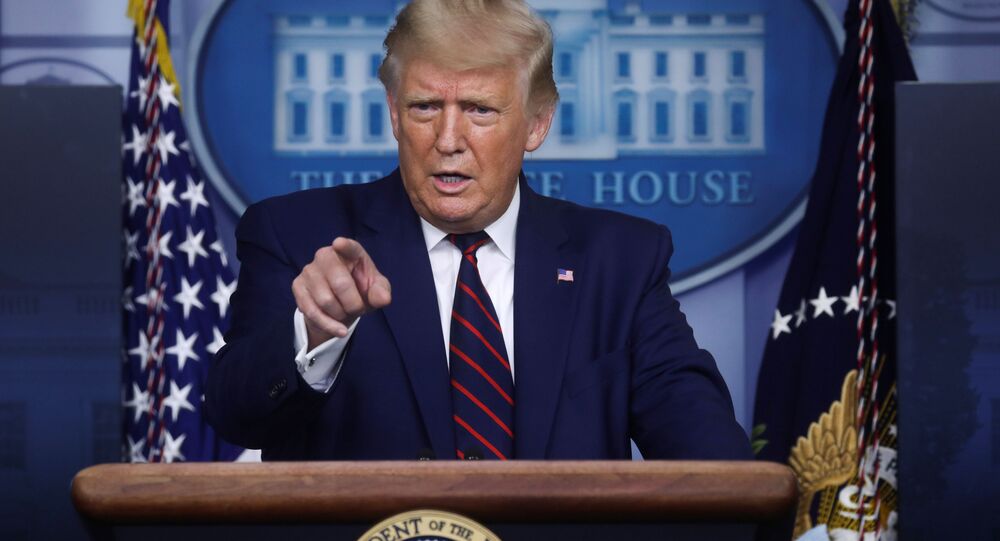 Trump's comments followed a question from reporters concerning an article in The Atlantic which claimed, citing unnamed sources, that the president had insulted US war veterans.

President Donald Trump has slammed the US media for their unfair treatment of him and Democratic presidential candidate Joe Biden, saying that the questions addressed to the former vice president are "meant for a child".

Trump called it a "disgrace" that he was getting inconvenient or complicated questions, like about the report in The Atlantic, in contrast to the soft treatment the media has given Biden.

"I look at that and I think it's a disgrace. And then I watch Biden getting asked questions that are really meant for a child to answer, anybody could answer. And I look at the level of question that you people ask. I mean honestly, it’s disgraceful."

According to Trump, the Atlantic article claiming he has offended American war veterans is another "hoax" targeting his election campaign. The report, citing unnamed sources, alleged that the president called Republican leaders who fought in major wars "suckers" and "losers".

Trump said he has never called veterans anything other than heroes, while Secretary of Defence Mark Esper said that the US president has the highest respect...for "our nation's military members, veterans and families", which is why he has been boosting defence funding.