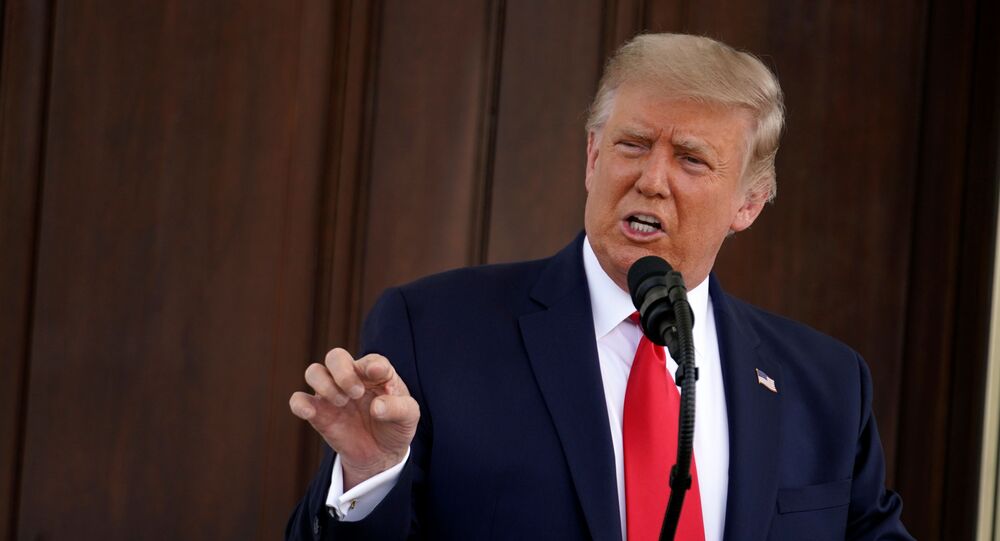 During the 2016 election campaign, POTUS promised to "bring back" American companies, which had largely outsourced their production to foreign countries, to the US. At the same time, he mostly focused on companies that were working in China.

President Donald Trump has announced that soon American companies that outsource their operations to China will be unable to compete for US federal contracts under a new upcoming ban. He also said that it is possible to decouple the American economy from China without incurring "monetary losses".

Back in 2019, the Pentagon raised alarm that some of its defence contractors that were working on sensitive military technologies could be connected to or partially owned by China, rendering them a possible source for this data to be leaked to Beijing.

The ban on federal contracts is just the latest step to be announced by POTUS in a bid to restructure the US economy, which has long outsourced production and other operations to countries where it can be done cheaper than domestically. In August 2020, Trump promised major tax credits to those American companies that relocate their business operations back to the US, but only if they were previously working in China.

The latter seemingly became his key focus in the campaign to bring American businesses "home", as he has repeatedly accused Beijing of ripping the US off by abusing "unfair" trade practices. In a bid to stop these practices, POTUS initiated a major trade war with China in 2018, slapping some of the country’s exports with hefty tariffs and demanding that Beijing strike a new trade deal that would be "fair". The two countries continued to impose new taxes on their trade until they reached their Phase One deal in 2019, which was supposed to lay down a basis for a future comprehensive trade deal. Their talks on the matter, however, have since stalled, largely due to Trump accusing Beijing of unleashing the coronavirus pandemic on the world by allegedly underreporting its original scale in China.