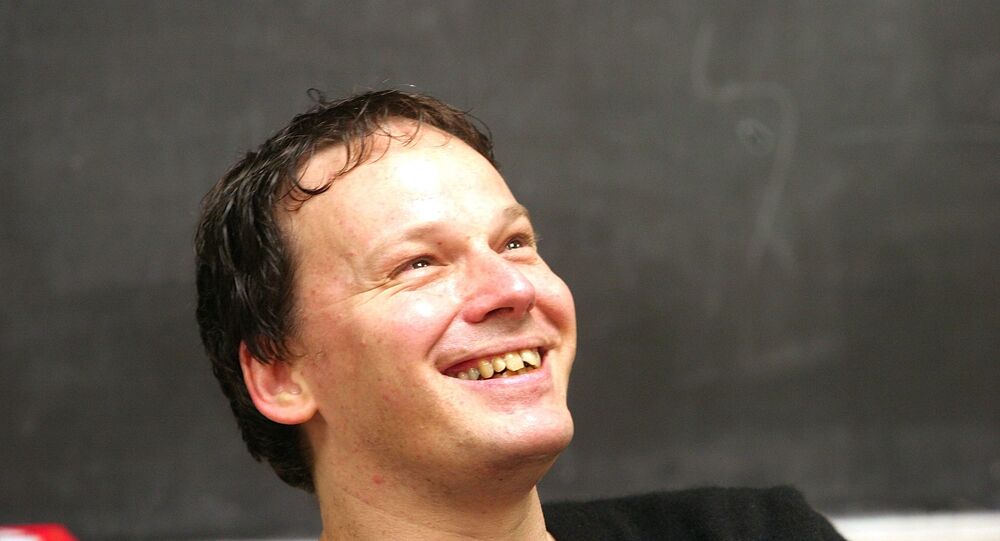 David Graeber, Anthropologist Who Coined 'We are the 99%' Slogan, Dies at 59

Graeber, who became a staple of the Occupy Wall Street movement, was an anthropologist and London School of Economics professor whose works have become significant among the political left.

The anthropologist and anarchist author David Graeber, who is said to have coined the famous 'We are the 99%', has died at the age of 59.

Graeber’s wife, the artist and writer Nika Dubrovsky posted a tweet on Thursday announcing that Graeber had died in a Venice hospital on 2 September. Graeber’s publisher Penguin Random House said in a statement that the cause of death is currently unknown.

His works focused on politics, capitalism, and revolutionary politics. Graeber was a key figure in the Occupy Wall Street movement and worked as a professor of anthropology at the London School of Economics (LSE) until his death.

The announcement saw an outpour of support from fans in remembrance of Graeber and his impact on their own lives.

Devastated to hear about the death of David Graeber. He was an intellectual giant, full of humanity, someone whose work inspired and encouraged and educated so many.

If you haven't read his work, consider doing it now and let his legacy live on.

David Graeber was truly a friend of the women's struggle and the revolution in Rojava. The world has lost his presence, but his light lives on in every person who struggles for freedom. Rest in peace, comrade #davidgraeber pic.twitter.com/KVhs0WnaHs

We have just learnt with great grief the death of @davidgraeber yesterday.

David, famous anthropologist scholar, was a great friend and supporter of the Kurdish Freedom Movement; traveling to Rojava, speaking about the revolution and participating to many demos.

Absolutely devastated to hear that @davidgraeber has lost his life. He was not just a brilliant mind but a brilliant human too. The harmonious entanglement of theory and practice in his existence was not only enlightening but a joy to witness. pic.twitter.com/YJp84ql5He

"Play is the ultimate expression of freedom for its own sake."

Graeber announced in a YouTube video on 28 August, that he was feeling “a little under the weather” but was now getting better. He tweeted on the same day that he had “not been in tip-top shape".

On August 31, Dubrovsky posted a photo of Venice on Twitter captioned, “Venice. Dark, wet and chilly". Graeber was interviewed in August 2020 as part of a special edition of The Big Issue.

it's a sad day when RT regularly provides better coverage of British politics than BBC or the Guardian. https://t.co/Nkk5NnCjTp

​Graeber got involved in activism and politics in the 1990s and became a leader in the Occupy Wall Street movement in 2011. He is also an adamant supporter of the Kurdish Freedom Movement, and what he described as the “remarkable democratic experiment” in Rojava, a de facto autonomous region in Syria.