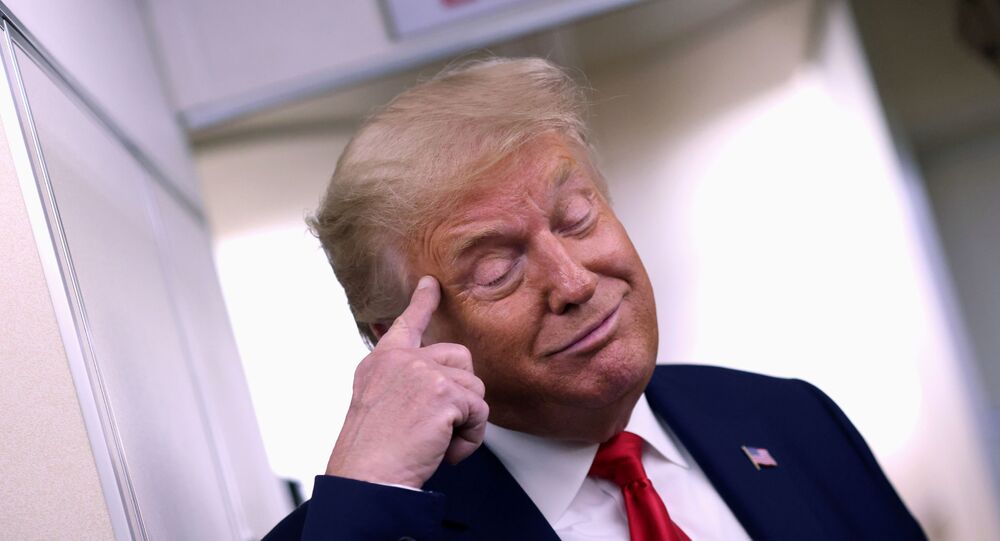 On Saturday, White House spokesperson Judd Deere confirmed that US President Donald Trump intends to visit Wisconsin’s city of Kenosha on Tuesday to “meet with local law enforcement and survey damage” from an ongoing wave of anti-racism and anti-police brutality protests in the city triggered by the recent police shooting of Jacob Blake.

Wisconsin Governor Tony Evers on Sunday expressed concern about US President Donald Trump’s planned Tuesday visit to the city of Kenosha amid an ongoing wave of anti-racism and anti-police brutality protests, calling on the president to “reconsider” his plans.

The governor argued that the president’s presence in Kenosha would “hinder” the work of local authorities who are working on “healing” the city following protests over the 23 August shooting of an African-American man, Jacob Blake, seven times in the back by a white police officer, as police attempted to take him into custody.

The governor said he is also concerned that a Trump in-person visit would require state authorities to redirect their efforts into facilitating a presidential visit “at a time when it is critical that we continue to remain focused on keeping the people of Kenosha safe”.

Earlier on Sunday, Wisconsin Lt. Gov. Mandela Barnes said in an interview with CNN’s ‘Inside Politics’ that Trump’s visit to Kenosha at the current time would not be helpful, arguing, “We absolutely don't need that right now”.

“You look at the incendiary remarks that the president has made, they centered an entire convention around creating more animosity and creating more division around what is going on in Kenosha,” Barnes said. “So, I don't know how given any of the previous statements that the president made that he intends to come here to be helpful. And we absolutely don't need that right now.”

The mayor of Wisconsin's city of Kenosha, where the recent wave of violent protests took place, John Antaramian, likewise suggested that it would be better if Trump “waited [...] for another time to come” visit the city.

“Realistically, from our perspective, our preference would have been for him not to be coming at this point in time,” said Antaramian in an interview with NPR’s ‘Weekend Edition’ radio show on Sunday. “All presidents are always welcome and campaign issues are always going on. But it would have been, I think, better had he waited to have for another time to come.”

On Saturday, it was confirmed by White House spokesman Judd Deere that Trump was planning to visit Kenosha, Wisconsin, to “meet with local law enforcement” and “survey” damage left by the protests in the city.

On 23 August, in a filmed incident, a white police officer shot an African-American man, Jacob Blake, seven times in the back, leading to permanent paralysis from the waist down for the 29-year-old father.

The shooting ignited a wave of demonstrations that in some cases have descended into violence and rioting.

On 26 of the month, Blake's shooter was identified by the Wisconsin Department of Justice (DoJ) as Rusten Sheskey, who joined the Kenosha Police Department seven years ago.