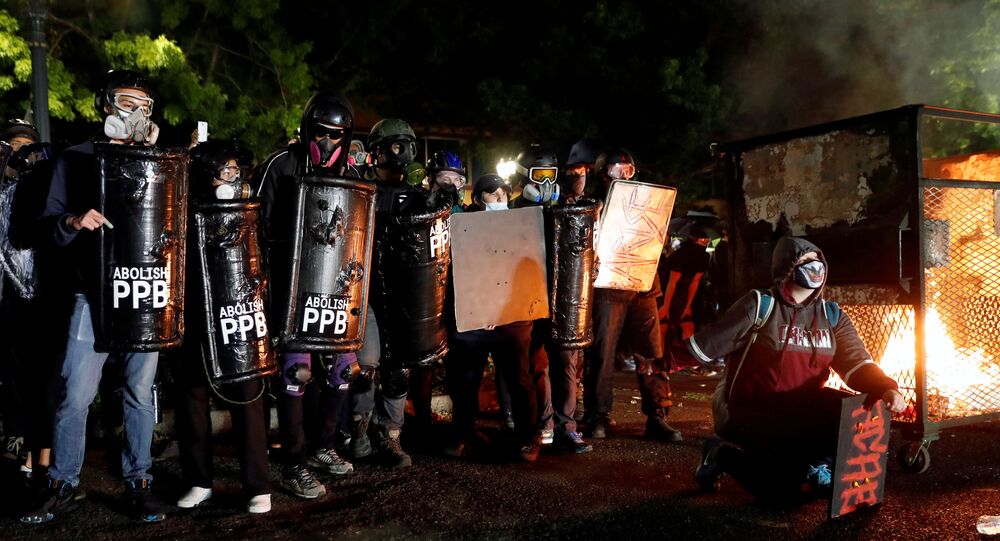 The city of Portland has been engulfed in protests, some of which have turned violent or resulted in looting and arsons, for months. However, local authorities have refused to accept assistance from the federal government to quell the unrest, despite pressure from the White House and criticism from President Donald Trump.

President Donald Trump is ready to provide additional law enforcement assets to any state governor who requests this to cope with the ongoing unrest and riots, regardless of their political affiliation, White House Chief of Staff Mark Meadows has stated.

"We are ready. In fact, the president is ready to make sure that we provide whatever law enforcement support that we can […] We are willing to come in; we are willing to provide additional assets as we did in Kenosha", Meadows said, referring to the federal government's help in stopping the spate of violence in the Wisconsin city. The protests emerged after a police officer shot an African-American suspect in a sexual assault case in the back several times after he resisted the arrest.

In a separate statement on the matter, acting Homeland Security Secretary Chad Wolf said that "all options on the table" when it comes to resolving the issue of the continuing anti-racism protests, "specifically as we talk about Portland". Wolf added that this is something that the "citizens of Portland want", without explicitly saying what precisely that is.

Their statements come as the White House continues to criticise the ongoing protests in Portland, which have at times transformed into riots accompanied by arsons, lootings, and deadly shootings. US President Donald Trump has repeatedly accused Portland Mayor Ted Wheeler of being unable to deal with the protesters and slammed him for his opposition to deploying federal law enforcement to change the situation in his city.

"We are trying to help Portland, not hurt it. Their leadership has, for months, lost control of the anarchists and agitators. They are missing in action. We must protect Federal property, and our people. These were not merely protesters, these are the real deal", Trump said on Twitter back in July 2020.

A month after the protests erupted in Portland, along with numerous other US cities in the wake of George Floyd's death, the White House deployed combined forces from the Department of Homeland Security, the US Marshals Service, US Customs and Border Protection, and the Federal Protection Service to the city's federal courthouse tasked with protecting federal property. The deployment and their actions to disperse and arrest some of the protesters were met with harsh opposition from the city’s mayor, who even joined the demonstrations near the courthouse building.

Federal forces withdrew from the city on 29 July after nearly a month, following an agreement between the White House and the Oregon governor, who promised to reinforce the security around federal buildings in return. Despite most of the anti-racism demonstrations remaining peaceful, Portland still experiences sparks of violence that are purportedly linked to the ongoing demonstrations. Some of the demonstrators set the offices of the Portland Police Association on fire on 29 August, while one person was recently killed in a shooting accident, although it is still unclear if it was linked to the riots.