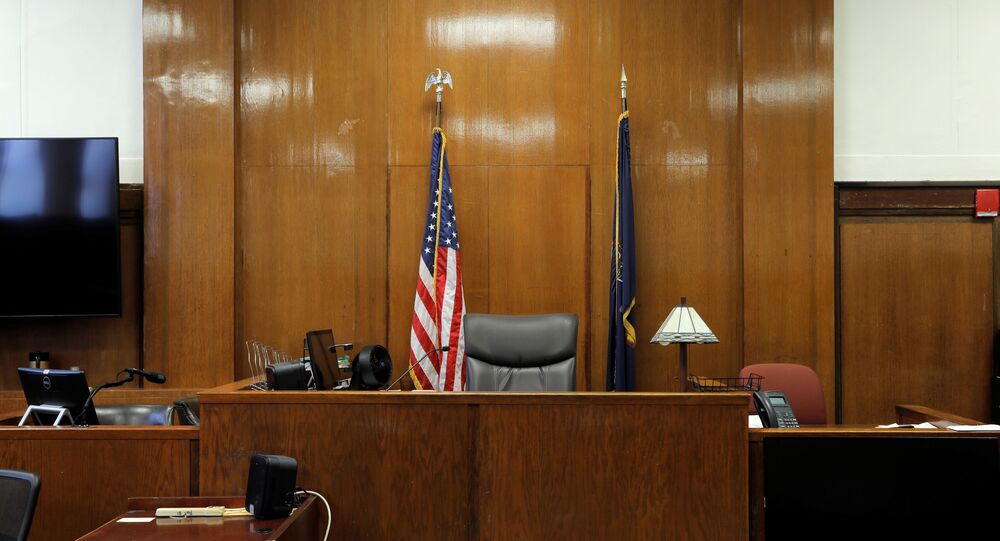 On 23 August, an African-American man, Jacob Blake, was shot by a white policeman seven times in the back in the US city of Kenosha, as officers attempted to take him into custody. Video of the shooting triggered a wave of protests and riots in the city. The victim is alive but paralyzed as a result of the shooting and in a Kenosha hospital.

Jacob Blake is expected to take part in a court hearing next week from his hospital bed, on old criminal charges, an attorney representing Blake said on Saturday, according to Reuters.

The 29-year-old man, who has been paralyzed from the waist down after the shooting, is facing three domestic abuse-related criminal charges that stem from a May 2020 incident in which he is accused of “unlawfully” entering a home and sexually assaulting a woman, before leaving the scene with her vehicle.

Blake will plead not guilty to the three charges, his lawyer said.

On 23 August, Kenosha, Wisconsin, police department officer Rusten Sheskey shot an African-American man, Jacob Blake, seven times in the back, hitting him with four bullets, while trying to take him into custody. The shooting ignited ongoing anti-police and anti-racism protests in Kenosha accompanied with some rioting. At least two protesters were killed by a teenage vigilante from out of state who has now been charged with first degree murder.

Jacob Blake Unshackled From Bed in Hospital After His Warrant Vacated