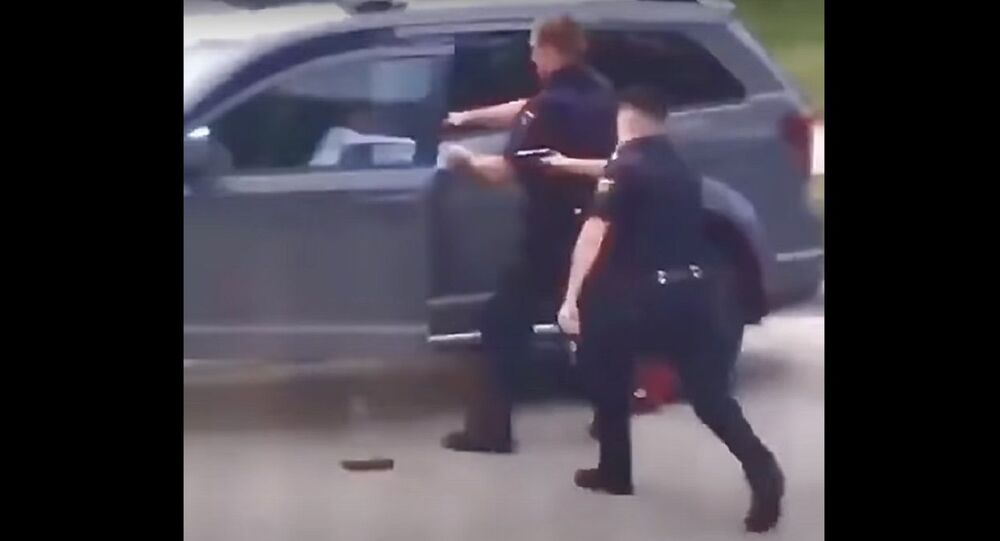 The Wisconsin Department of Justice (DoJ) has identified the police officer who shot 29-year-old Jacob Blake as Rusten Sheskey. Sheskey has been an officer with the Kenosha Police Department for seven years.

According to a DoJ press release, there is no body camera footage of the incident, as the Kenosha Police Department does not have any body cameras.

​During an investigation following the incident, Blake admitted to having a knife in his possession. The DoJ Division of Criminal Investigation (DCI) recovered the knife from the driver's side floorboard of Blake's car. No additional weapons were found in the car.

According to the release, officers were dispatched to a residence in Kenosha on Sunday after a female caller said that her boyfriend was present and was not supposed to be on the premises.

During the altercation, law officers deployed a taser on Blake. However, the taser was "not successful" in "stopping" him, according to the release.

Blake was immediately transported to the Froedtert Hospital in Milwaukee. The DCI is still reviewing the evidence connected to the incident and will provide reports to a prosecutor after a thorough investigation has been completed.

Blake's family on Tuesday said that he is still in serious condition and that he is paralyzed from the waist down.

“They shot my son seven times,” Jacob Blake Sr., his father, said during an emotional news briefing on Tuesday afternoon, the Washington Post reported. “Seven times. Like he didn’t matter. But my son matters. He’s a human being, and he matters.”

​On Wednesday, 17-year-old Illinois teen Kyle Rittenhouse was charged with first-degree intentional homicide for using firearms to "resolve whatever conflict was in place" during a protest in Kenosha, said Kenosha Police Chief Daniel Miskinis NPR reported. Two people were killed, and a third was wounded.