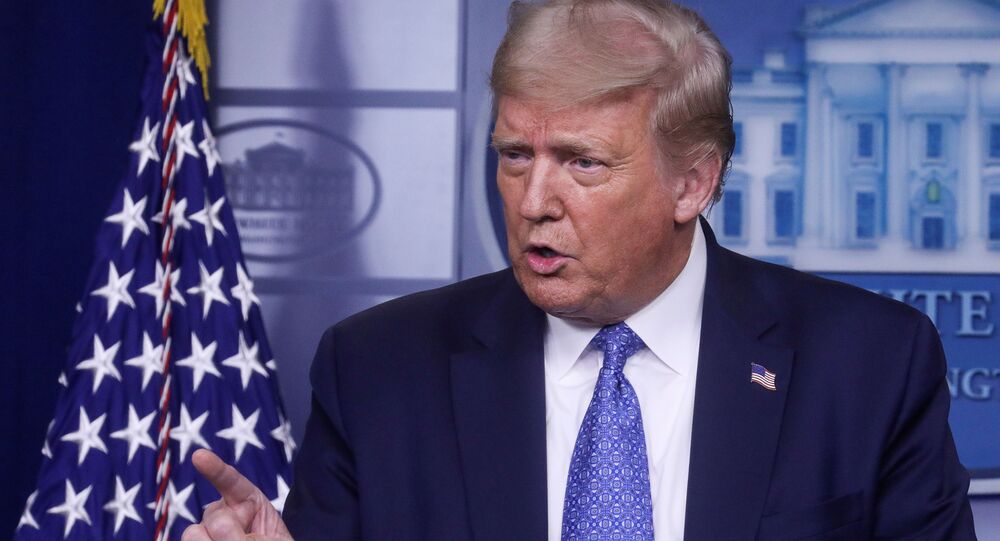 Democratic lawmakers and constitutional law scholars went ballistic on Thursday after the president asked whether the November 3 election might be “delayed” due to the alleged threat of election fraud stemming from the widespread use of mail-in ballots.

President Trump stepped up his attack on mail-in ballots on Friday, telling reporters at the White House that “everyone knows mail-in ballots are a disaster,” and warning that Americans may never learn the results of the 2020 presidential election if they’re widely used.

“Take a look at New York City. Look at New York. You’re still counting your ballots,” Trump said, referring to the state’s June 23 primary election mail-in voting mishap. “They had a race, a small race by comparison, by comparison tiny. It’s so messed up they no idea. There are ballots missing, thousands and thousands of ballots missing. They think they’re going to send hundreds of millions of ballots all over the United States and it’s going to come out?”

Trump also clarified that his issue was with mail-in ballots, not absentee ballots.

“Absentee ballots are great, because…you have to go through a process to get them and it’s actually a great thing. I’m going to be voting absentee. An absentee ballot is one thing. A universal mail-in ballot is a disaster. These governors are going to send out millions of ballots. They don’t even know where they’re sending them. I already have friends that got ballots for a son who died seven years ago,” the president elaborated.

Trump also challenged the media to be more aggressive in studying the issue. “Actually the Washington Post wrote a great article, of all groups…that this is a disaster. This is going to be the greatest election disaster in history. By the way, you guys like to talk about Russia and China and other places? They’ll be able to forge ballots, they’ll forge ‘em. They’ll do whatever they have to do. People should go and they should vote or do an absentee ballot,” he said.

The president went on to accuse his Democratic opponents of “using” the coronavirus, which he again referred to as “the China virus.”

“China must be very happy about it, because they hit us with the virus, and now they screw up an election…You watch what happens. I don’t think you’ll ever give me any statement ‘I guess Trump was right’ but the people know I was right,” he insisted.

© REUTERS / Leah Millis
Old Video of Trump Filling Provisional Ballot Emerges Amid US President's Attacks on Mail-In Voting
Trump has been attacking mail-in voting for months, suggesting they are rife for fraud and threatening to withhold federal funding from states planning to use them on a wide scale in November. Trump’s opponents insist that mail-in ballots are safe, and have accused him of bringing up the issue to enable him to challenge the results should he lose the election in November.

Recent analyses by both liberal and conservative media and think tanks have shown that mail-in ballots can be used by unscrupulous persons to engage in election fraud, since they are easier to steal, forge or alter, and are not as actively supervised by election officials. Media investigations have also found that between 1 and 3 percent of ballots may be lost in the mail, arrive late by no fault of voters or be thrown out due to improperly filled out paperwork.