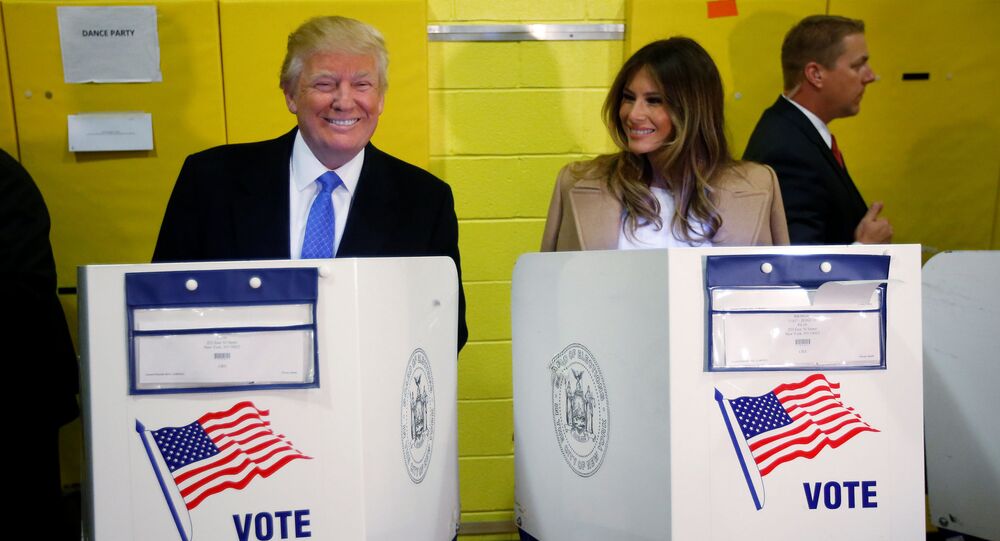 Can Trump Legally Postpone the 2020 Election?

In April, presumptive Democratic presidential nominee Joe Biden sparked fears among his base by claiming that President Donald Trump may try to postpone the 2020 election on a made-up pretext. On Thursday, Trump asked whether the election should be delayed until problems related to mail-in voting fraud are resolved. But what does the law say?

President Trump has ramped up his rhetoric about the possible danger of large-scale voter fraud using mail-in ballots, asking whether the November 3 presidential election should be delayed “until people can properly, securely and safely vote,” and warning that universal mail-in voting could make the 2020 vote “the most inaccurate and fraudulent election in history.”

Trump’s derision of mail-in voting goes back months. In May, the president threatened to withhold funds from Michigan and Nevada after they announced plans to mail voters absentee ballots for state and federal elections. The Republican Party, meanwhile, filed lawsuits contesting California Democratic Governor Gavin Newsom’s decision to send absentee ballots to all residents ahead of the 2020 election, but dropped the suits earlier this month.

Others have pointed to numerous potential problems with mail-in voting based on the results of past elections, from votes being ‘lost by mail’ to ballots being rejected for arriving late by no fault of the voter. Earlier this month, National Public Radio, a liberal left non-profit radio network that’s anything but supportive of Trump, discovered that at least 65,000 absentee or mail-in ballots were rejected in the Democratic primary elections earlier this year, with these accounting for as much as 1 percent of total votes in many states. Furthermore, Black and Latino voters were said to have been affected by these discrepancies disproportionately.

In its own investigation, conservative think tank The Heritage Foundation pointed to other problems, all of them associated with the lack of supervision by election officials, which it alleged made it “easier to steal, forge, or alter” ballots, “as well as to intimidate voters.”

Last month, Dr. Harvey Schantz, a professor of political science at the State University of New York at Plattsburgh, told Sputnik that in theory, mail-in ballots can be a very good thing, since they make it easier for people to vote and therefore increase turnout. At the same time however, he stressed that in a tight race, checking the validity of mail-in ballots may be more difficult, making it crucial to properly supervise mail-in voting to address any fears of fraud.