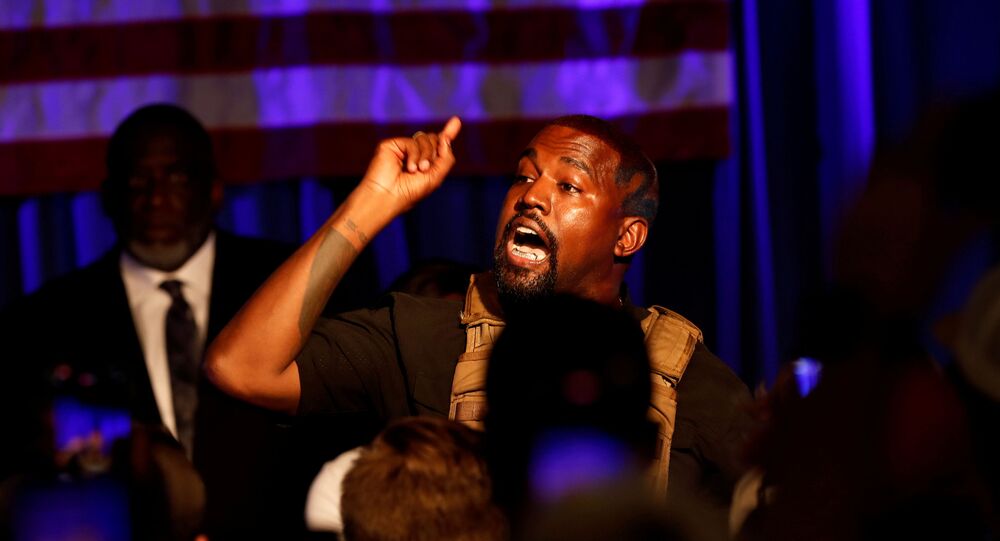 The revered and troubled presidential candidate has gone on a Twitter rant claiming his wife Kim Kardashian wants to have him “locked up” after his comments on abortion at the first campaign rally.

American rapper Kanye West threw his presidential bid into uncertainty as he said he would “focus” on making music again.

“Ima focus on the music now,” he tweeted on Monday night, before dropping a tracklist for his new album titled ‘DONDA’ and saying that the album would come out on Friday.

Kanye then appeared to say that he may try another run for the White House in four years, posting the hashtag of his presidential campaign, #2020VISION, with the remark “or maybe ‘24”.

I guess all black people supposed to vote on Biden? Y’all want me to run on nah??? pic.twitter.com/rwXyAy5mng

​The ambiguous comments came after a series of bizarre Monday tweets in which the sneaker mogul accused his wife Kim Kardashian of trying to “lock” him up after his shambolic campaign launch over the weekend.

“Kim was trying to fly to Wyoming with a doctor to lock me up like on the movie Get Out because I cried about saving my daughters life yesterday,” he wrote in a since-deleted tweet.

Kanye West, a devout Christian, has previously spoken out against abortion. However, at Sunday’s event in South Carolina – his first political rally since declaring himself a presidential candidate – the rapper said he believed that it should be legal and that struggling mothers should be given money as a way to discourage the practice.

The 43-year-old also said that his father had wanted to abort him and that Kim Kardashian had considered aborting their daughter North.

He admitted that his speech may cause problems between him and Kim, saying. “Even if my wife wants to divorce me after this speech, she brought North into the world even when I didn’t want to.”

A source told People magazine that the reality TV star is “shocked” because of Kanye going public about their personal abortion discussions. “She is furious that he shared something so private,” the source said, adding that Kardashian is concerned that her husband’s revelations will affect their four kids.

There were reports this month that Kanye was suffering from a “serious bout” of bipolar disorder that has alarmed his family and friends. The rapper had previously confirmed his diagnosis but revealed that he dropped psychiatric medication because it hampered his creativity.