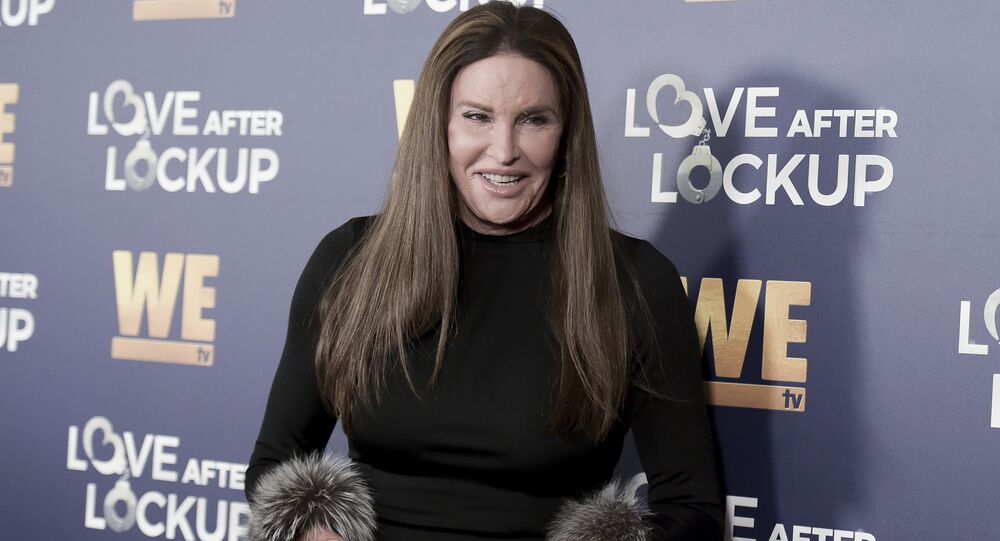 After his bombshell announcement earlier in July that he intended to make a bid for the White House, rapper celebrity Kanye West reportedly filed the necessary paperwork and paid a fee on 15 July to appear on the Oklahoma presidential election ballot as an independent candidate, although missing Wednesday's deadline in battleground state Florida.

​Caitlyn, who publicly came out as a transgender woman in April 2015, and shares two daughters with Kris Jenner, mother to reality television stars Kourtney, Kim, Khloé, and Rob Kardashian. The transwoman was apparently seen walking to her car in California when she was asked by a passerby if she was going to vote for the rapper in the 2020 presidential election, in a video obtained by TMZ.

"I texted him and said 'can I be your VP?',” Jenner reportedly responds.

As the man quips that it’s a “genius idea”, Jenner, who underwent sex reassignment surgery in 2017 and has been called the "most famous transgender woman in the world", replies:

“Yes I know, what a combination!”

After the passerby presses her to confirm she is really going to do it, Jenner says, "We'll see," before they both start laughing.

​Netizens responded to the news, with many suggesting this was a joke. The notion of Jenner running for VP on a presidential ticket was first introduced by the cartoon South Park in 2016.

OMG - this whole thing is a joke, right? Like this can not be real like. I know we are living in some crazy times right now, but this is pure insanity. Not to mention a prime example of people who are rich as hell for doing nothing, honestly believe they can do whatever.

Ha! I’m Australian and the USA is just comedy gold!!

I always wondered if people from other countries laughed at us. Thanks for the confirmation. 👍🏽😂

I fear America is finished!! 🤣

Does anybody here believe we are being punished for not voting for Hillary Clinton which I’m pretty sure is having a good laugh right about now. Just wondering 🤔💭 pic.twitter.com/2SSEqBuB7v

​Earlier TMZ broke the story that seemingly following through on his announced intention earlier in the month to enter the 2020 presidential race. West, one of the world's best-selling music artists, with over 140 million records sold worldwide, had filed a second set of documents on Thursday with the Federal Election Commission - a Statement of Candidacy, showing he had spent or raised over $5,000 in campaign-related expenses. If true, the latter officially grants him candidacy status under the federal campaign law.

The rap artist had previously filed the necessary paperwork and paid the $35,000 fee on Wednesday to appear on the Oklahoma presidential election ballot as an independent candidate, while missing the deadline in Florida, a battleground state.

The news came after a report by New York Magazine’s Intelligencer on Tuesday that claimed the rapper was bowing out of the 2020 White House bid.

Kanye West tweeted on 4 July that he would run for president, triggering widespread scepticism about whether the announcement was a serious bid, and not a gimmick.
.