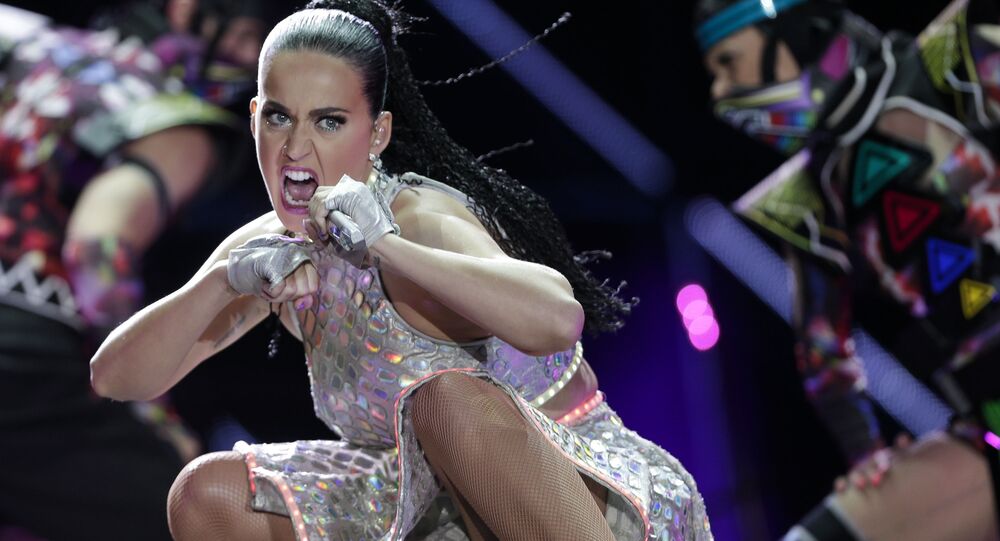 The award-winning rapper stunned audiences on 5 July when he announced he was trying his hand in a completely new walk of life, setting himself a goal of challenging President Trump, who he had earlier endorsed, and presumptive Democratic candidate Joe Biden in the forthcoming national polls.

Katy Perry has commented on the news that hip-hop icon Kanye West is running for US president this November, saying that while she "loves him as an artist", the White House job is one "best suited for someone with experience".

Speaking to Hits Radio Breakfast on Friday she made it clear that she'd rather leave politics to someone with greater expertise in the field.

"Well I think, you know, what we've learned, looking back, is that the presidential job is best suited for someone with experience", she said.

While adding that a great leader should be a "pro in their field", Perry admitted: "I think we have seen and learned from experience, that when we don't have pros in position, that it can get a little wild!"

Referring to West, Perry eagerly went on to laud his achievements as a musician:
"I love Kanye! He is amazing! I just, you know, I love him as an artist! And I think he's an incredible disruptor as an artist, and a conversation, you know, maker, as an artist. And that's what I love the most about him", the singer explained emotionally.

However, not all seem to agree, at least on Twitter:

"I guess @katyperry thinks black people are good enough to entertain, but not good enough to be President? Or is it that he's just not 'her kind of black man'?...", one queried, with another suggesting a little bit of "wildness" would do no harm to the country:

"Despite the wildness, it doesn’t necessarily imply the impossibility. Greatness comes from those seemingly wild things", he posted.

Others meanwhile praised the political correctness Perry managed "to say this" with, while quite a few wrote straight away that the whole thing is not funny:

That's the most mild and political correct way of saying it...

My comedic range is quite broad. But this is not funny.

West earlier this month announced that he was set to dip his toes into a political career and compete for the presidency in a few months, with his decision proving divisive among his colleagues and the general public. West, who has won the "full support" of billionaire entrepreneur Elon Musk among others, is believed to be running as an independent from the new Birthday Party, but was the other day too late to get his name on the ballot in six US states.

West's bid drew the ire of many, with some on the left suggesting the move was a spoiler meant to push black voters away from Joe Biden and turn their votes red.

However, in a Forbes interview, the Grammy-winning artist stressed he no longer supports Trump, irrespective of POTUS’s hopes West would continue to support him. At the same time, West took a dig at the presumptive Democratic candidate Joe Biden, arguing that suggesting all African Americans vote blue is a "form of racism and white supremacy" in the wake of Biden's divisive remarks about the Democrats and Republicans core electorate.