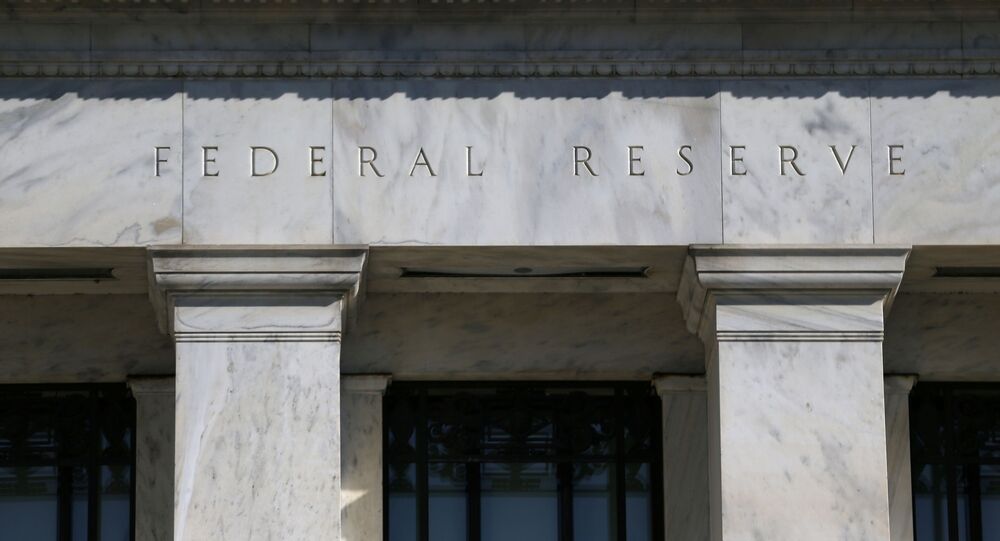 WASHINGTON (Sputnik) - The outlook for the US economy remains highly uncertain as the coronavirus pandemic continues, the Federal Reserve said in its monthly Beige Book report on Wednesday.

“Outlooks remained highly uncertain, as contacts grappled with how long the COVID-19 pandemic would continue and the magnitude of its economic implications,” the Fed said in its June Beige Book, which represented a synthesis of market conditions and surveys of businesses carried out by 12 regional units of the US central bank. “Many contacts who have been retaining workers with help from the PPP said that going forward, the strength of demand would determine whether they can avoid layoffs.”

The PPP refers to the Paycheck Protection Program, a $670 billion Trump administration plan for small businesses to draw forgivable loans that they could use to continue paying employees through the pandemic.

The Fed said economic activity increased in almost all of its banking districts in June, although it remained well below pre-pandemic levels.

“Consumer spending picked up as many nonessential businesses were allowed to reopen,” the Beige Book report said. “Retail sales rose in all districts, led by a rebound in vehicle sales and sustained growth in the food and beverage and home improvement sectors. Leisure and hospitality spending improved, but was far below year-ago levels.”

It said most districts reported a move up in manufacturing activity too, although from a very low level.

“Demand for professional and business services increased in most districts, but was still weak," the report said. "Construction remained subdued, but picked up in some districts. Home sales increased moderately, but commercial real estate activity stayed at a low level. Financial conditions in the agriculture sector continued to be poor, while energy sector activity fell further because of limited demand and oversupply. Loan demand was flat outside of some Paycheck Protection Program (PPP) activity and increased residential mortgages.”

The US economy shrank 5 percent in the first three months of 2020 for its sharpest decline since the financial crisis of 2008/09, as most businesses in the country went into lockdown. While the economy has largely reopened since,  analysts still warn of a double-digit recession for the quarter ended June.

Some economists say they notice  "green shoots" for recovery from the net gain of 7.3 million jobs in the May-June period, after a loss of more than 21 million between March and April. But now as daily infections and deaths hit record highs in some US states, others wonder how many companies will survive the new wave of the pandemic and — of those standing — which will be efficient. The virus has already infected 3.6 million Americans and killed almost 140,000 of them.

Iranian President Rouhani Declares Victory in Economic War With US