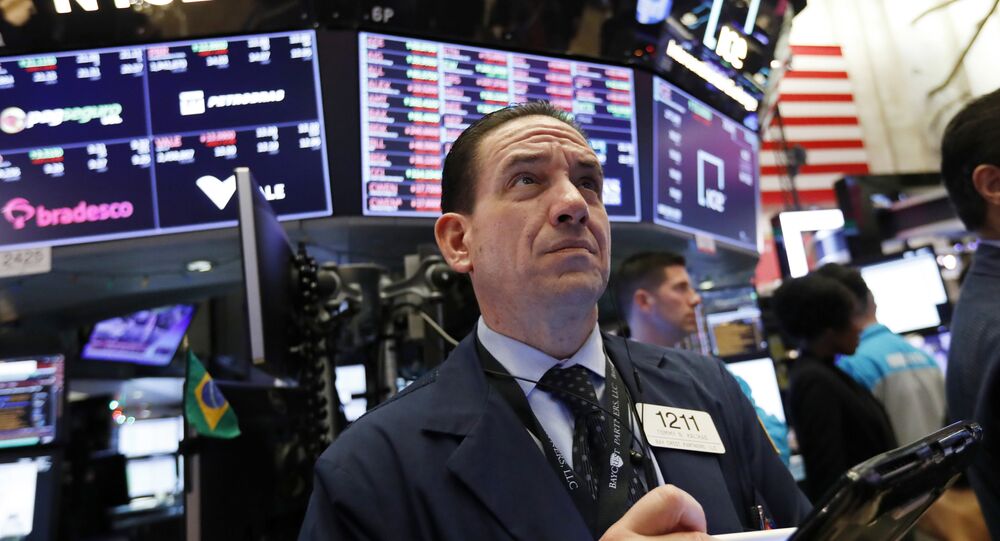 ‘Overpriced’ US Stock Market a ‘Bubble’ in Disconnect From Economic Reality, Warn Investors

Many market observers have argued that the recent stock market rebound does not tie in with actual economic reality, crippled by fallout from the coronavirus pandemic, plummeting profits, disrupted global supply chains, and a surge in bankruptcies.

Amid the massive recent rebound in stocks from lows in March, with the S&P 500, the market index that measures the performance of 500 large companies listed on the US stock reaching almost pre-COVID-19 levels, some investors have been sounding the alarm.

Experts say the US stock market is in a bubble, and caution against investing in it, saying it would be “simply playing with fire.”

"My confidence is rising quite rapidly that this is, in fact, becoming the fourth “real McCoy” bubble of my investment career," he was quoted as saying on CNBC on 17 June.

Grantham, cofounder and the chief investment strategist of the Boston-based asset management firm GMO, acknowledged that the rally was “without precedent", conflicting with a harsh economic reality marred by soaring unemployment and bankruptcies triggered by the current health crisis.
Major US indexes have been steadily climbing from lows registered in March over coronavirus fears and plummeting demand.

Similar cautionary statements regarding the US stocks were earlier made by billionaire hedge fund investor David Tepper, the founder of Appaloosa Management.

Tepper slammed the current stock market as one of the most overpriced he’s ever seen, saying on CNBC in mid-May that the last time a similar situation took shape was in 1999.

“The market is pretty high and the Fed has put a lot of money in here… There’s been different misallocation of capital in the markets. Certainly you are seeing pockets of that now in the stock market. The market is by anybody’s standard pretty full,” said the investor.

The hedge fund manager revealed he had been adopting a “relatively conservative” stance, and currently holds about 10 percent to 15 percent long positions in equities.

Thus, in the first quarter, operating profits for S&P 500 companies are estimated at $661 billion annualized. The number marks a record drop of $637 billion, or 50 percent from Q4 2019.

The expert believes that the decline in Q2 operating profits will prove to be far bigger, with the equity market likely to sink to March lows.
Citing the fact that the US economy is currently officially in recession, while on a global scale the economy is facing its biggest contraction since World War II, Matt King, global head of credit strategy at Citigroup, says:

“The gap between markets and economic data has never been larger,” with a chorus of analysts echoing his stance, suggesting the recent stock rally represents a tremendous “disconnect from reality”.

US Stock Futures Fall As States Continue With Reopening

From V to W: US Stock Market Revival on Pause Amid Renewed COVID-19 Worries