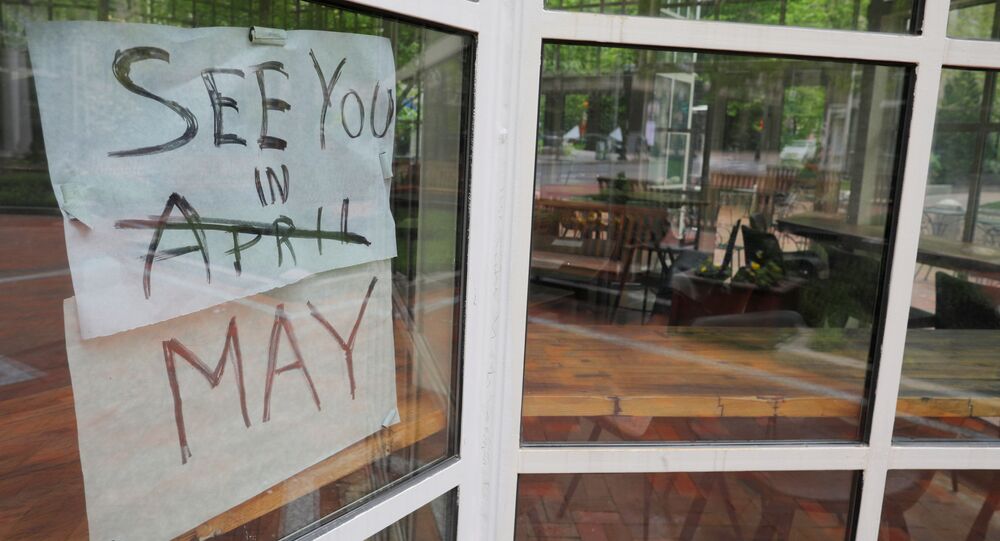 How Quickly Will US Labour Market Rebound Happen Amid Gradual Lockdown Easing?

According to the latest statistics, the total number of US job losses from the coronavirus (COVID-19) pandemic fallout have hit roughly 39 million.

As the world economy gradually emerges from the virus-induced lockdown, the so-called reallocation shock will linger for some time, prompting high and long-lasting unemployment rates, a Bloomberg report has it. The reallocation shock will lead to some industries boasting an increase in the number of jobs, while others are projected to suffer from a severe decline, in a hard blow to certain businesses.

Around 50 percent job losses have been linked to the coronavirus fallout, namely a weak demand, with another 30 percent occurring as a result of the reallocation shock, and 20 percent - due to high unemployment compensations, which prompt many to stay at home, rather than search for a new job, the report suggests.

The high unemployment benefits, from economists' viewpoints, also significantly contribute to general unemployment rates, as Bo Chen, the Chutian Professor in Economics at Huazhong University of Science and Technology and Research Associate at the Federal Reserve Bank of Dallas, put it.

“It is widely recognised that the systematically higher unemployment in Europe than elsewhere is due to their generous unemployment benefits. This time, the US has the same problem", he stressed.

He further admitted though that he doesn’t really share the belief that the structural economic change - the reallocation shock - is “more significant a reason than generous unemployment benefits".

Bo doesn’t view this change as a permanent one, citing “a temporary shutdown due to the pandemic”, as otherwise, there would be a surge in re-education and training in sectors where jobs are boosted, he says. Not everyone, however, sticks to the point of view the fall in unemployment is something that will pass really soon.

According to Lydia Boussour, Senior Economist at Oxford Economics USA, the speed of the market recovery will depend on how many job losses actually prove to be temporary, like the White House has referred to them. Some longer-lasting conditions, like “depressed income and spending, lingering virus fear, and mandated capacity restrictions will likely mean half of all 'temporary' layoffs could become permanent", she argued.

With labour and market conditions slowly starting to improve and the easing of the nationwide lockdown over the summer, the labour market will hardly recoup more than 60% of lost jobs by year's end, the expert says predicting that “the unemployment rate should still be around 10%”.

Separately, analysts have cautioned that the initial employment recovery phase might be jeopardised by a federal government failure to sufficiently assist struggling state and local governments and to provide more flexibility and expand the PPP programme, Ms Boussour shared.

She noted that the second phase of the recovery will span from 2021 through 2023, and will see a more gradual labor market tightening, admitting the rebound will likely be uneven due to social distancing measures that “continue to dampen activity in most vulnerable industries such as accommodation and food services, transportation, and retail".

According to the Labour Department, as of late May, the total number of US job losses from the coronavirus (COVID-19) pandemic climbed to around 39 million. The same month, Trump's economic adviser Kevin Hassett stated that the US was heading for an unemployment rate comparable to the levels registered during the Great Depression of 1929-1939.