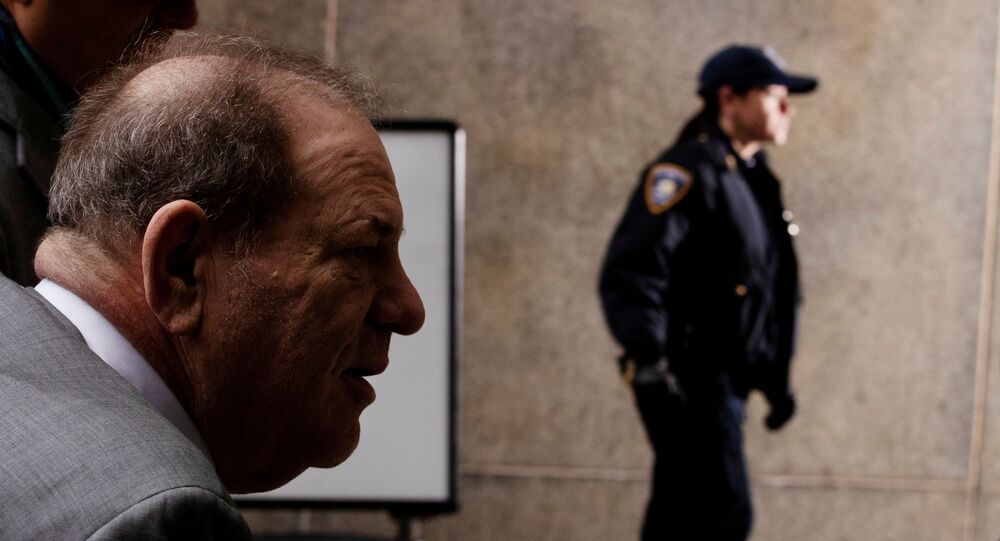 Former movie producer Harvey Weinstein was sentenced to 23 years in prison in March for rape and sexual assault after being accused by multiple women. The Weinstein trial fueled the #Metoo movement, encouraging sexual assault survivors to speak out as a means of identifying root causes of the problem.

A federal judge in New York has rejected a proposed $18.9 million settlement for Harvey Weinstein’s accusers, saying their allegations are too different to be grouped together.

US District Judge Alvin Hellerstein, who issued the ruling on Tuesday, said that the preliminary settlement, which was to be distributed equally among dozens of claimants, would be unfair to the women he raped or sexually abused, as it put them on the same level as those he verbally harassed, according to a Reuters report.

​The BBC reports that $15 million of the fund would have gone toward Weinstein’s legal costs, while just $10-15,000 would have been awarded to each claimant.

“The idea that Harvey Weinstein could get a defense fund ahead of the plaintiffs is obnoxious,” Hellerstein said at the hearing, according to Reuters.

The settlement would have put an end to a lawsuit filed by the New York Attorney General’s Office in 2018 against him, his brother Bob Weinstein and the Weinstein production company, and also a separate class action lawsuit on behalf of Weinstein’s accusers.

Douglas H. Wigdor, an attorney for Weinstein’s accusers, said that for the last year and a half he has stated that the terms of the settlement are “unfair” and “should never be imposed on sexual assault survivors,”

“We have been saying for over a year and a half that the settlement terms and conditions were unfair and should never be imposed on sexual assault survivors." [1/3]

Wigdor and attorneys Kevin Mintzer and Bryan Arbeit described the Weinstein offer as “the most one-sided and unfair settlement” they have ever seen proposed to a court.

Statement from attorneys for Harvey Weinstein victims who oppose a proposed class settlement as “one-sided and unfair.” They just filed a brief opposing the deal, which is scheduled for a preliminary approval hearing tomorrow morning. pic.twitter.com/h3wNC8G9yW

​Elizabeth Fegan, a lawyer representing nine of Weinstein’s accusers, justified the class-action treatment saying that “all of the women were in the zone of danger,” according to Reuters.

The office of New York Attorney General Letitia James said in a statement that it will review the court’s decision.

“Our office has been fighting tirelessly to provide these brave women with the justice they are owed and will continue,” a spokeswoman said, cited in Reuters.