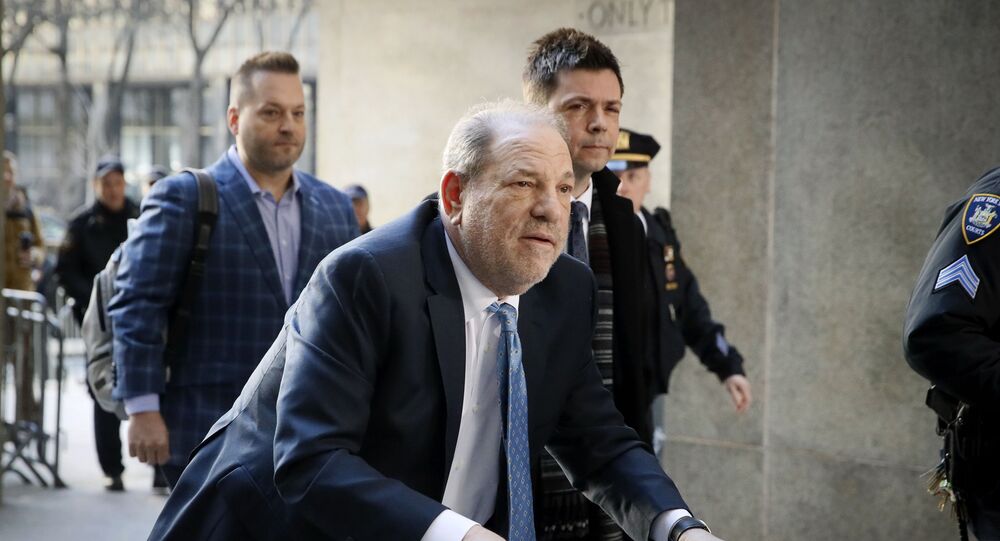 68-year-old Harvey Weinstein, a former movie producer, was found guilty of sexual assault and rape and sentenced to 23 years in jail, having been accused by multiple women, including Hollywood actresses Weinstein used to work with.

"The agreement ensures that women who experienced a hostile work environment, sexual harassment and gender-based discrimination while working at the Weinstein Company, as well as sexual abuse by Harvey Weinstein, are entitled to obtain restitution, by creating a $18,875,000 victim's compensations fund," the press release on the matter said.

It is also expected to settle the class-action lawsuit on behalf of women who accused Weinstein of sexual harassment, according to James.

“After all the harassment, threats, and discrimination, these survivors are finally receiving some semblance of justice. This agreement is a win for every woman who has experienced sexual harassment, discrimination, intimidation, or retaliation by her employer. I thank the brave women who came forward to share their stories with my office,” James said.

NEW: Mutiple women who were sexually assaulted by Harvey Weinstein have reached a $19 million settlement that if approved would also free them of signed confidentiality and non disclosure agreements, NY Attorney General says: pic.twitter.com/sXacT4A0KM

​In response to the announcement, the attorneys for several victims, Douglas Wigdor and Kevin Mintzer released a statement in which they denounced the settlement as a "complete sellout" of the women who hoped that Weinstein would be held accountable for his actions and vowed to "be vigorously objecting in court".

"The proposed settlement is a complete sellout of the Weinstein survivors and we are surprised that the Attorney General could somehow boast about a proposal that fails on so many different levels," the statement said, listing several reasons for why the lawyers saw it as unfair.

Harvey Weinstein was found guilty of sexual assault and rape in February, and was sentenced to 23 years in jail. He also faces five more similar charges in Los Angeles, but the extradition was delayed because of the aftermath of the coronavirus pandemic.