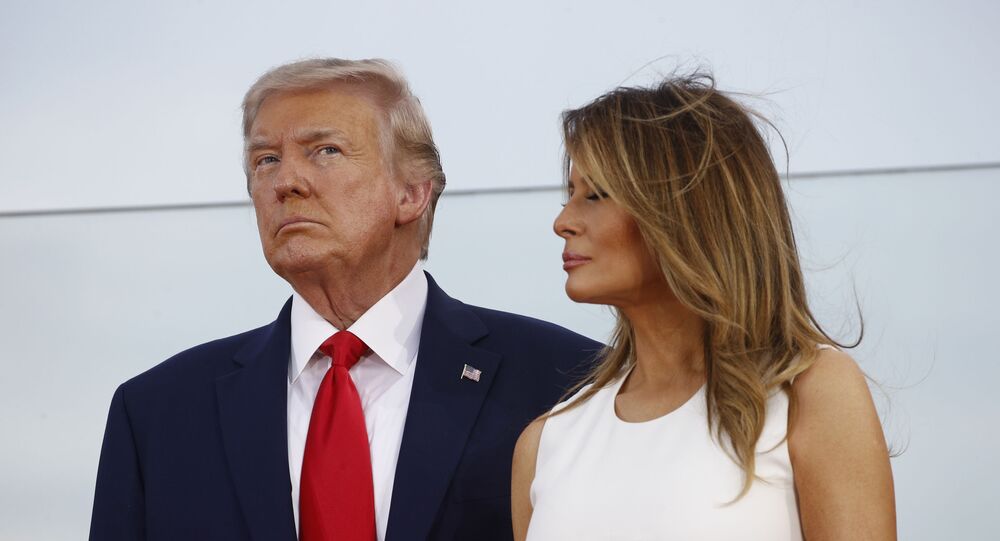 An upcoming book by Mary Trump, the daughter of the US president’s late brother Fred Trump Jr., is expected to hit bookstore shelves next Tuesday, two weeks ahead of its expected release date, apparently due to “high demand”.

Donald Trump's estranged niece’s book is set to shed some “light” on the public image of America’s 45th president, by calling him a “toxic” man whose “twisted” values include the practice of “cheating as a way of life”, according to an excerpt from the memoir released on Monday, as cited by MSN.

The daughter of POTUS’s late brother Fred Trump Jr., Mary Trump, also reportedly suggests in her upcoming book, “Too Much and Never Enough: How My Family Created the World’s Most Dangerous Man”, that as a young man Donald Trump had learned certain life rules. One of it allegedly implied that “financial worth is the same as self-worth; humans are only valued in monetary terms” and “taking responsibility for your failures is discouraged”.

“[It] is the story of the most visible and powerful family in the world. And I am the only Trump who is willing to tell it,” 55-year-old Mary Trump says in an excerpt from the book, shared by the publisher Simon & Schuster.

According to Trump’s niece, who had reportedly severed all ties with her father's side of the family following financial battles and disagreements over inheritance, the relationship between the future US president and her father was “strange and harmful”. But so, she reportedly argues, was the relationship between Donald Trump himself and his father Fred, who allegedly “expected obedience” and apparently was not exactly a love-sharing person.

“Over time, Donald became afraid that asking for comfort or attention would provoke his father’s anger or indifference when Donald was most vulnerable ... Donald suffered deprivations that would scar him for life,” the book cover suggests, as revealed by Simon & Schuster.

Simon & Schuster just published the back cover of the book – Trump's niece Mary writes, "Today, Donald is much as he was at three years old: incapable of growing, learning, or evolving, unable to regulate his emotions, moderate his responses, or take in & synthesize information." pic.twitter.com/9pTVJmT1c0

​On Monday, the book’s publisher announced that it will move up the release date of the memoir by two weeks, from 28 July to 14 July, due to “high demand and extraordinary interest”. Trump's family, however, continues to fight the book’s release, with a lawsuit filed by the president’s younger brother, Robert Trump.

The litigation asserts that the upcoming book violates a non-disclosure agreement signed by Fred Trump Jr.’s daughter after the family divided the inheritance back in 2001. However, Mary Trump is set to dispute this claim and the existing temporary restraining order over the book’s publication in the New York Supreme Court on Friday, arguing that the disclosure agreement was based on “demonstrably fraudulent” financial information and is thus invalid. Still, as with the recent legal battle over the release of the memoir of Trump's former national security adviser John Bolton, copies of the book have already been distributed across the country.