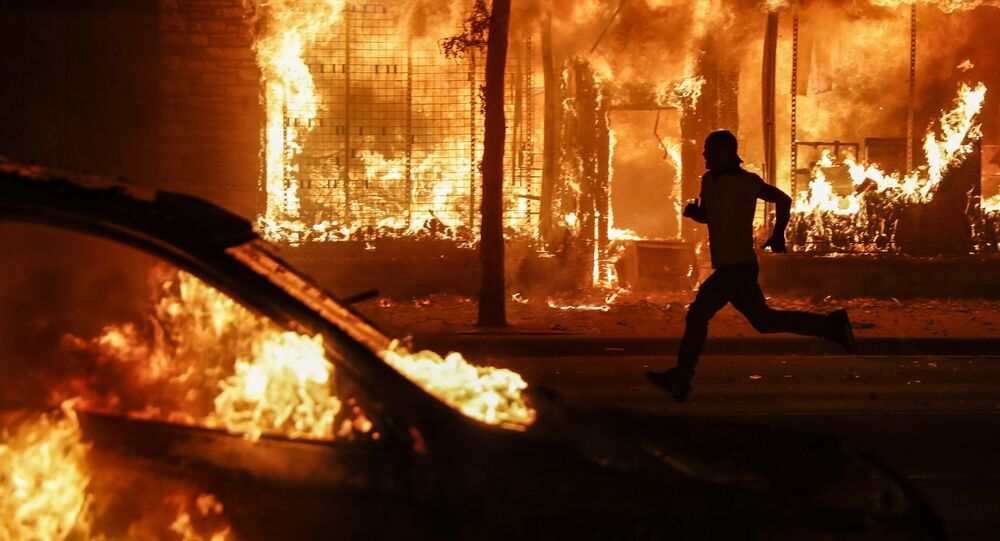 US police, which has repeatedly been accused of racial bias against African-Americans, in turn, is responsible for around 2% of all violent deaths of blacks in the country.

As George Floyd's protests continue to rock American cities, the first grim reports of their consequences for local communities have begun to emerge. The University of Chicago Crime Lab has reported that 31 May was the most violent day in Chicago in at least 60 years, with 18 people killed in one day amid violent riots. These riots taking place in American cities are often spearheaded by African-Americans protesting against police brutality and negligence towards the lives of black people.

The majority of the victims who were shot dead on 31 May during the riots turned out to be African-Americans. Many of those killed were visiting stores or restaurants when rioters chose to vandalize and loot them. Some of the others were shot while driving their cars or simply going down a street.

In this regard, African-Americans supersede other US racial groups, with the white population suffering from same race perpetrators in 62% of cases, the Hispanic population in 45% of cases and Asian US citizens in 24% of cases.

The MPV also implies that the US police is biased against African-Americans in the use of force, noting that 24% those killed by the police are blacks, who constitute roughly 13% of the US population. At the same time, thorough research conducted by a group of philologists at the US National Academy of Sciences in 2019 found no signs of racial bias among white US policemen and noted that they are just as likely to shoot and kill a member of a minority group as a non-white police officer.

Despite this research, there have been persistent accusations against white US police officers that they are allegedly racially-biased, caused by numerous incidents where they killed an unarmed black person. These cases have resulted in several massive protests in the US, with the largest taking place right now across the country over the killing of African-American George Floyd. He died after being pinned down to the ground by a Minneapolis police officer, who placed his knees on his back and neck and held them for nine minutes even as Floyd pleaded for air to breathe.