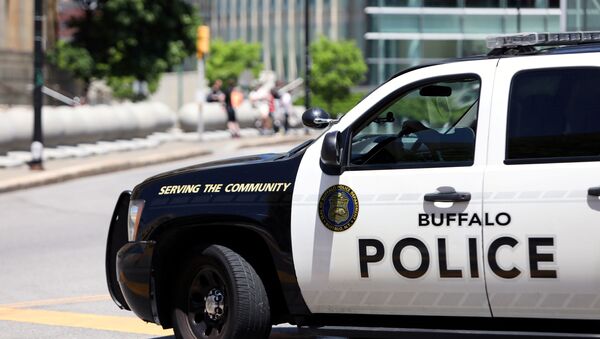 WASHINGTON (Sputnik) - US President Donald Trump on Tuesday suggested that an elderly man who was violently shoved by law enforcement during a protest in Buffalo, New York could be a "provocateur" member of the left-wing group Antifa.

A graphic video of the incident shows the 75-year-old protester, Martin Gugino, approach police offers dressed in riot gear outside Buffalo's City Hall before two of them forcefully shove him to the ground. The video then shows blood pooling behind Gugino's head as he lies motionless on the ground.

Trump on Tuesday without offering evidence cast doubt on the protester's true motives.

"Buffalo protester shoved by Police could be an ANTIFA provocateur. 75 year old Martin Gugino was pushed away after appearing to scan police communications in order to black out the equipment", Trump said via Twitter, while referencing a report from the right-wing One America News Network (OANN). "I watched, he fell harder than was pushed. Was aiming scanner. Could be a set up?"

The two police officers were charged on Saturday with second-degree felony assault and suspended without pay, according to local media reports. Both of the officers have pleaded not guilty and are due to appear in court on 20 July. 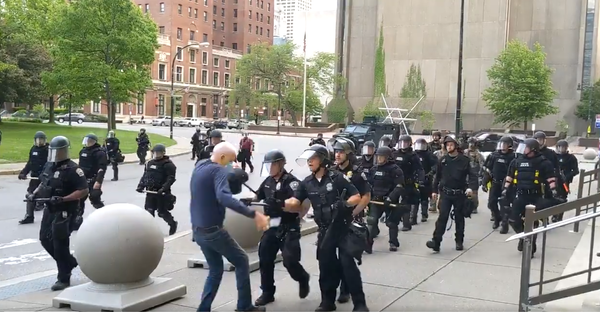 Screenshot of the video of Buffalo police officers shoving a 75-year-old man to the ground
© Photo : Twitter / @WBFO

Gugino was hospitalised after the incident, and it remains unclear whether he has recovered or has been discharged.

Trump has said the US government will designate Antifa as a terrorist organisation after repeatedly blaming it - and allied groups – for the recent riots throughout the United States.

The protest in Buffalo came as part of the nationwide outrage over the 25 May killing of George Floyd, an African American who died in Minneapolis police custody after a white officer, Derek Chauvin, knelt on his neck for almost nine minutes.