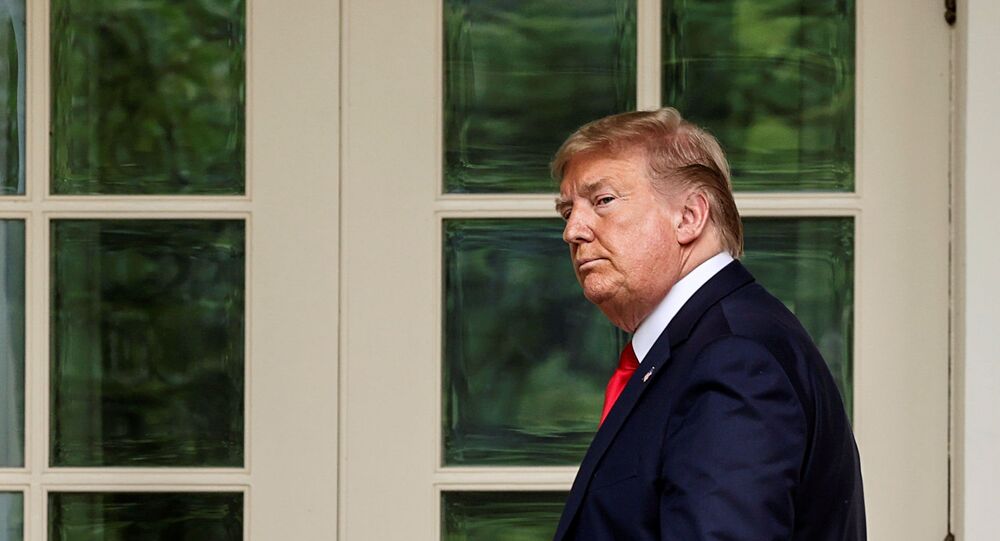 Previously, participants of the protests over the death of African-American man George Floyd started demanding that US police be “defunded” over the continued killing of black people. The City Council of Minneapolis, where Floyd was killed, has even vowed to disband the local police department for good and redirect the funds elsewhere.

President Donald Trump is "appalled" by demands to defund US police, something which has been chanted by some of the people protesting against police brutality and negligence towards the lives of African-Americans, White House Press Secretary Kayleigh McEnany revealed during a press conference on 8 June. She added that POTUS is currently reviewing other proposals for reforming the American police and acknowledges that "instances" of racism exist within US law enforcement.

Earlier in the day, Trump condemned calls for the government to defund the police on Twitter, arguing that statistics show that the crime rate has been improving and accusing the Democrats of trying to undermine the success that has been achieved.

Later, US President Donald Trump said during a roundtable discussion with law enforcement that Police departments across the United States will not be defunded or dismantled.

On the same day, a group of lawmakers led by US House Speaker Nancy Pelosi and representatives of the Congressional Black Caucus presented their vision for US police reform. While the bill did not suggest any changes to funding for police, it imposed new limitations on their activities, namely banning chokeholds and warrants allowing forced entry without knocking in drug-related cases. These measures are linked to two recent incidents in which police officers killed unarmed African-American citizens.

The proposed bill also suggests making body and dashboard cameras mandatory for US police departments and forcing them to report all cases of the use of force by officers to the federal government.

The demands to "defund" the police come as a new development in the US-wide protests over the killing of unarmed African-American man George Floyd during his arrest. One of the police officers placed his knees on Floyd's back and neck as he was pinned down to the ground and struggled to breathe.

All four officers present during the incident were dismissed from the police almost immediately and will be called to court on charges of manslaughter as well as aiding and abetting murder.

Originally, only one police officer was arrested and pressed with charges. The incident sparked public unrest, first in Minneapolis, where the killing took place, and then spread throughout the US, even reaching Washington, DC. Some of the protests, however, turned into violent riots, resulting in arsons and rampant looting, forcing governors and mayors to call in the National Guard and impose curfews in an attempt to quell the unrest.

Live Updates: Protests Continue in US While National Guard Leaves Washington and California