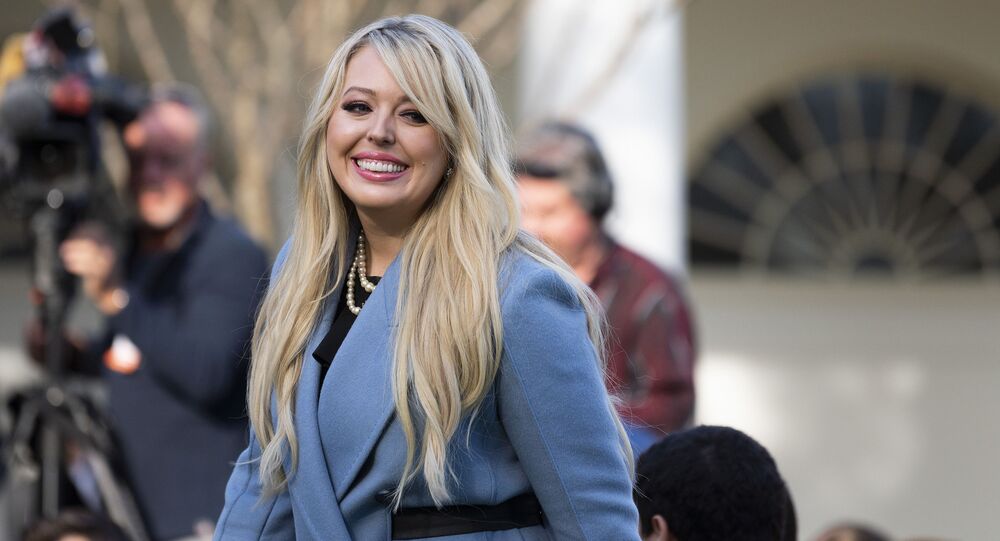 The widespread protest movement triggered by the death of George Floyd in police custody has resonated on social media, with brands and personalities posting black squares in solidarity with black Americans.

In a split from the rest of the family, Tiffany Ariana Trump joined the Blackout Tuesday online campaign – but got called out by angry commenters.

Tiffany, 26, posted a black square on Instagram on Tuesday along with a quote by author and political activist Helen Keller: “Alone we can achieve so little; together we can achieve so much.” She also included the hashtags #blackoutTuesday and #justiceforgeorgefloyd.

Blackout Tuesday was launched this week by the music industry to support ongoing protests over the death of George Floyd, a black man who suffered a cardiac arrest after a white police officer pinned him down and kneeled on his neck for almost nine minutes. Labels and streaming services partially suspended their work that day.

Major entertainment brands like Disney, Amazon, Hulu, HBO, and TikTok, as well as multiple celebrities, have joined in.

Tiffany Trump, however, took some flak because of her father’s reaction to the protests. Trump has focused on the violence perpetrated by rioters and failed to acknowledge police violence against peaceful demonstrations and journalists, telling officers that they should not “be too nice” with protesters.

The US President has also threatened to invoke the Insurrection Act to deploy active-duty troops to enforce order in riot-hit states and cities, but has made no such request so far.

While some commenters praised Tiffany for her message of unity, others were more scathing.

“Maybe you could try to explain this to your father,” reads the most popular comment under Tiffany’s post.

Another commenter wrote: “Please call your dad so he can get the message.. He’s called for heads to roll in so many situations but has yet called for these cops to face justice.”

“Tell ur dad to stop tear gassing people,” said yet another person, referring to Donald Trump’s order to clear out from protesters the area in DC where he was supposed to give a speech and do a photo-op.

“How do you feel about the tear gas on peaceful protests in front of the Church?” one outraged commenter asked Tiffany, who graduated from Georgetown Law School last month. “As a legal scholar, how do you feel about him involving the Insurrection Act of 1807? I think those words would speak louder than this action.”

Some people tried to separate Tiffany’s views from those of her father’s. “She has her own beliefs...her own opinion,” one person wrote. “Tiffany keep doing what you are doing. You are going to do great things!”

Another said: “Don’t give her hate for this! This takes a lot of courage for someone to post in her position! You are respected!”