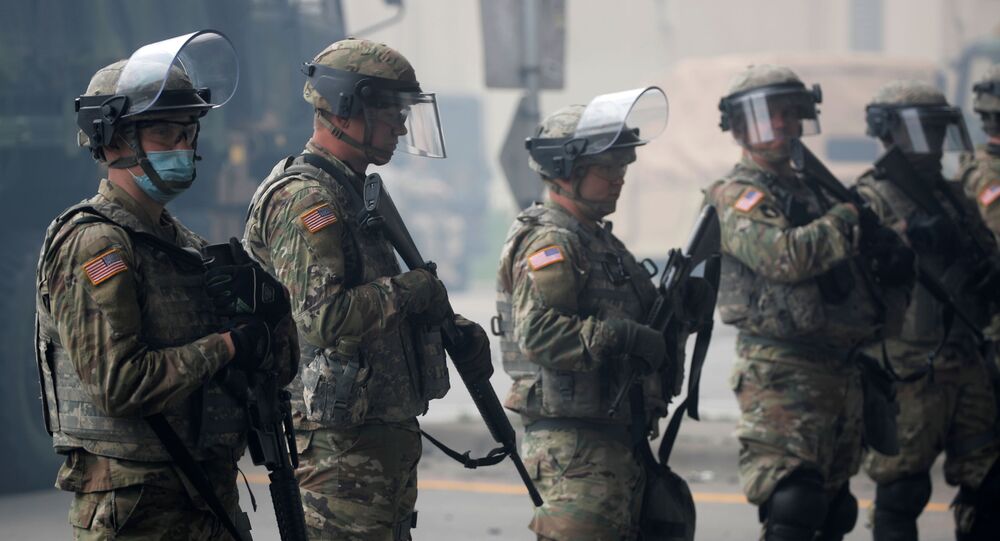 WASHINGTON (Sputnik) - The Minnesota National Guard has armed the troops after the FBI warned of a credible threat while deploying to Minneapolis to help restore peace amid riots over the death of African-American resident George Floyd in police custody, Maj. Gen. Jon Jensen said in a press conference on Friday.

"Yes, they are currently armed," Jensen said. "Yesterday afternoon, we received what I assessed as a credible threat specifically to the Minnesota National Guard. That credible threat was made available to us by the FBI."

More than 500 National Guardsmen have been deployed to the cities of Minneapolis and St. Paul early on Friday morning to help restore order. Demonstrations have escalated and lead to looting and arson in the area.

On Thursday evening, rioters in Minneapolis set on fire the police precinct where the four officers who arrested Floyd worked as well as numerous buildings and businesses.

Public unrest erupted Tuesday after Floyd, an African-American resident of Minneapolis, died after being arrested by the four officers.

A video that spread online shows a white police officer, Derek Chauvin, pinning Floyd to the ground with his knee on his neck for nearly eight minutes. Floyd repeatedly told the police officer that he cannot breathe until becoming unresponsive. Floyd died at a local hospital shortly thereafter.