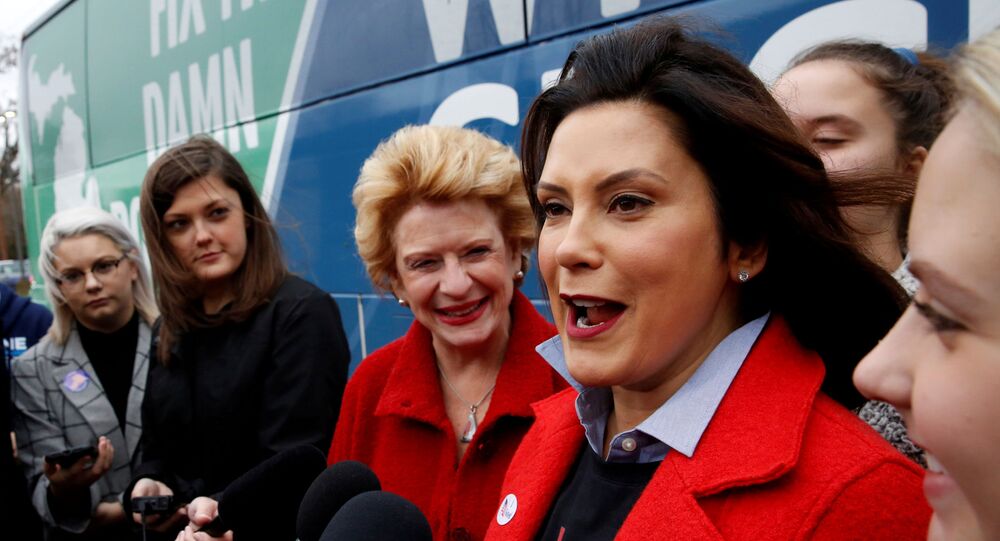 The former US vice president and presumptive Democratic nominee previously revealed his commitment to pick a female running mate for the position of vice president in the 2020 presidential election against US President Donald Trump, but has not yet made his choice.

Michigan State Governor Gretchen Whitmer has been engaged in talks with Joe Biden's 2020 presidential campaign to become the presumptive Democratic nominee’s choice for vice president, the governor revealed during an interview on the ‘Today’ show.

“I’ve had a conversation with some folks,” Whitmer said. “It was just an opening conversation and it’s not something that I would call a professional formalized vetting”.

The 48-year-old governor, who recently came into the spotlight for her prompt handling of the coronavirus outbreak in her state, will join a list of Democratic female lawmakers thought to be open to becoming Biden’s running mate.

Among possible candidates for the position, a variety of people have been named by media, including former presidential hopefuls Massachusetts Senator Elizabeth Warren, California Senator Kamala Harris and Minnesota Senator Amy Klobuchar, along with former Georgia gubernatorial candidate Stacy Abrams.

“I am making a little bit of time to stay connected to the campaign, but the most important thing that I have to do right now is be the governor of my home state,” added Whitmer, who took office in January 2019. “That’s all that matters to me in this moment”.

Candidate Biden committed to choosing a woman as his running mate earlier, during debates with Senator Bernie Sanders.

​The US presidential election is set to take place in November 2020, with Joe Biden, as the presumptive Democratic nominee, going against US Republican President Donald Trump.

Toss a Coin to Your Candidate: Will Trump or Biden Attract the Most Campaign Finance in 2020?