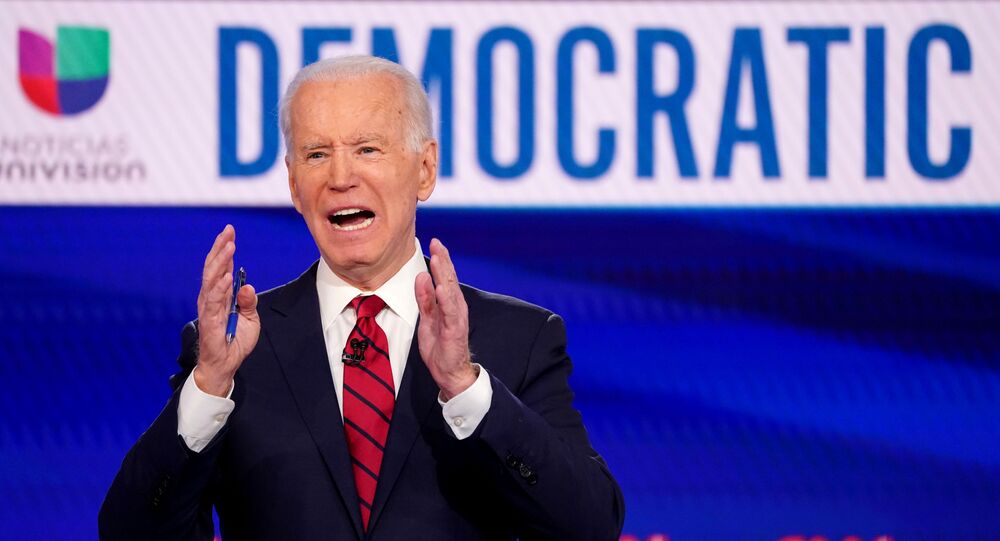 Analysts now warn that a sex scandal surrounding presumptive Democratic nominee Joe Biden may have a deteriorating impact on his participation in the presidential race, as a recent poll conducted by Morning Consult revealed that over a quarter of surveyed Democratic voters said the party should pick another candidate for the November election.

Only 34% of Democratic voters believe that Joe Biden sexually assaulted his former staffer Tara Reade back in 1993, following her recent accusations, while the other 66% insist the incident never took place, the Harris Poll conducted among 1,854 registered voters revealed.

Meanwhile, the majority of Republican and Independent voters, 78% and 56% respectively, said that they believed the allegations against the former vice president, despite him strongly denying the incident.

Overall, the poll that was conducted online from May 13-14 and published by the Harvard Center for American Political Studies (CAPS), revealed than more than half of the surveyed voters, 55%, believe Reade. At the same time, 38% noted that the media was “biased in favour” of Democratic candidates when it came to reporting about sexual harassment, in comparison to 43% who said that it was “biased against” Republicans in relation to the same matter.

In April, Tara Reade filed a criminal complaint against Biden, alleging that he had penetrated his former employee with his fingers against her will almost 30 years ago. Reade’s brother, friend and ex-husband allegedly knew about the sexual harassment the former Biden aide was facing while working for the then-Delaware senator, according to their comments to the media. However, the presumptive Democratic nominee rejected Reade’s claims, while arguing during the interview on 1 May that the incident has “never happened”.

© AP Photo / Evan Vucci
Joe Biden Accuser Says She Is Leaving Democrats After the Party’s Response to Sex Abuse Allegations
Despite the allegations, some prominent advocates of female rights, including former president candidate Hillary Clinton and ex-Democratic nomination runner Elizabeth Warren have openly endorsed Joe Biden as presidential candidate and publicly voiced their support for him.

Some analysts however argue now that the scandal surrounding Biden may cost him the Democratic nomination, who should be confirmed during the Democratic National Convention in mid-August. Thus, according to another survey earlier conducted by a Morning Consultant, 26% of Democratic voters now believe that the party should pick another candidate for the November battle with Donald Trump.