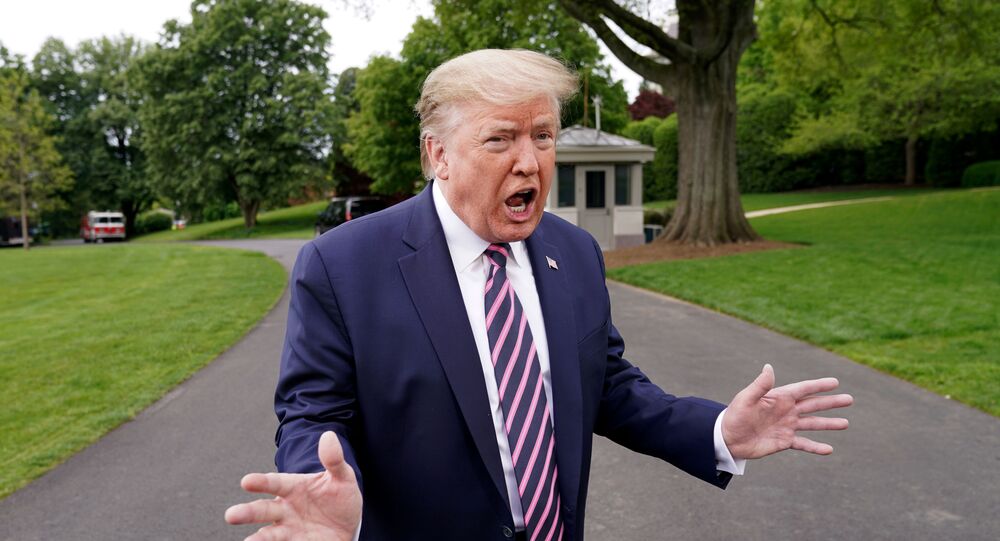 After the failed attempt of a maritime incursion in Venezuela, the country's president, Nicolas Maduro, stated that two of the captured 'terrorists' are US citizens and security guards to US President Donald Trump, an assertion which has been denied by the US government and the nation's military.

The United States rejected accepting at "face value" the Venezuelan government's account of an alleged armed incursion and is seeking further information about the incident, including on two alleged American citizens detained, according to the US State Department statement, cited by Reuters.

The State Department spokesman also promised that Washington would look into the role of the government of Venezuela's President Nicolas Maduro in the "melodrama" surrounding the incursion.

"A "disinformation campaign" by the government of Venezuelan President Nicolas Maduro makes it hard to discern the facts, and Washington will look at his government's role in the "melodrama", a State Department spokesman said, according to Reuters.

The comments follow those of US President Donald Trump and Defence Secretary Mark Esper that echoed the line that "the US government has nothing to do with what has happened in Venezuela".

“We have just heard about it. Whatever it is, we will let you know. It has nothing to do with our government,” Trump said on Tuesday.

Earlier, in a broadcast speech, Maduro disclosed the personalities of people he claims are both former US Special Forces operatives, citing the names of Luke Denman and Airan Berry and displaying identification documents on camera.

The two are said to be among detained "terrorists" captured after a failed attempt by a small seaborne incursion into Venezuela, the goal of which, according to Maduro, was to assassinate him and organize a coup in the country.

Maduro has claimed that the incursion was a joint operation between Colombia and the US, in an attempt to overthrow his government. Bogota has slammed Maduro's claims as an effort to draw attention away from long-standing economic and cultural problems troubling Venezuela.

In January 2019, Venezuela plunged into a deeper political crisis when the then-head of the opposition-controlled National Assembly, Juan Guaido, with US backing, proclaimed himself interim president in a bid to oust Maduro from power following a hotly-contested election.

Guaido is backed by the US and recognized by the Trump administration as "the rightful president" by most of the West, while Russia, China, Turkey and other nations have supported Maduro.

After the purported Sunday invasion attempt, a retired Green Beret and CEO of private security contractor Silvercorp USA, Jordan Goudreau, took the responsibility for the move and claimed that he acted according to a "general services" contract signed by Guaido. The 'interim president' team denied any connections with Goudreau.