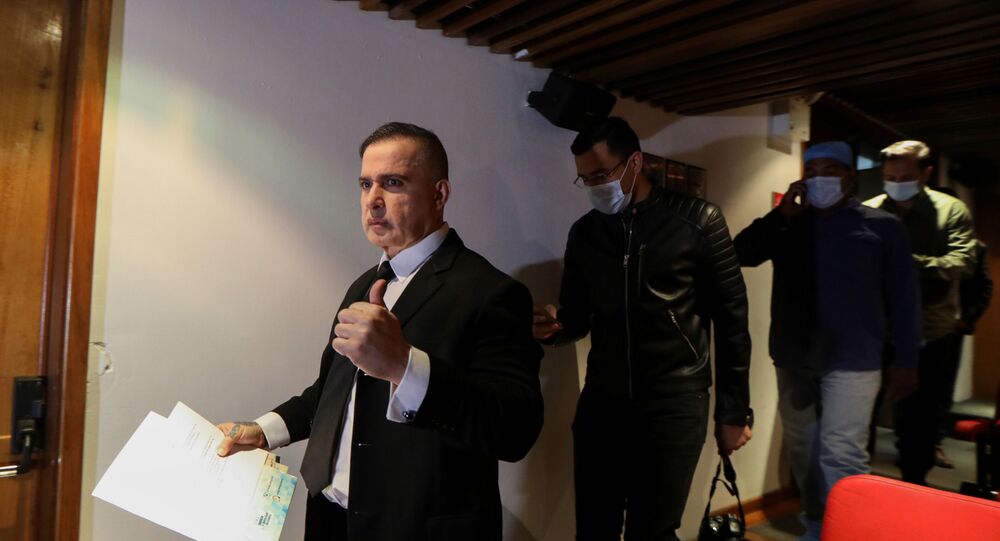 Earlier on Sunday, the government of Venezuela reported that security forces had killed eight and captured two people described as "Colombian mercenaries" illegally entering the country on speed boats in an "attempt for a coup".

Diosdado Cabello, president of Venezuela's National Constituent Assembly - the Caracas government's declared branch in opposition to the National Assembly - tweeted that the armed forces, along with police, had captured eight "mercenaries" after the attempt to invade the country on speed boats on Sunday. The alleged "leader of the terrorist operation", Antonio Sequea, was captured as well.

"In action, in a developing Civic-Military-Police operation, 8 mercenaries were captured, among whom is the head of the terrorist operation Antonio Sequea, already under orders from the authorities. We will win!", Cabello tweeted.

​Earlier, Venezuela's Attorney General Tarek William Saab tweeted that police headed to La Guaira in order to "transfer a new group of mercenaries who came from another boat and are captured".

​A tweet reads: "We report that in relation to the attempted assassination and coup, there is 1 new detainee: Gustavo Adolfo Hernández [...] Police commissions move to La Guaira to transfer a new group of mercenaries who came from another boat and are captured".

On Sunday, Caracas Interior Minister Nestor Reverol said that several militants had attempted to invade the northern state using high-speed boats, noting that eight were killed and two others captured. Reverol declared that one was an agent of the US Drug Enforcement Administration (DEA), which the DEA denied.

Jordan Goudreau, a retired Green Beret and CEO of private security contractor Silvercorp USA, claimed that he was behind the invasion attempt, posting a YouTube video statement on Sunday. According to Goudreau, the Venezuelan self-proclaimed ‘interim president’ Juan Guaido signed an 8-page "general services" contract with Silvercorp in October 2019, which Guaido's press team denied on Monday in a statement.

Venezuela's president, Nicolas Maduro, said in a Monday video statement that the maritime invasion was "a terrorist attack during a pandemic". He said his administration had evidence that the arrested militants had been trained in neighboring Colombia in an operation funded by Bogota and Washington in an attempt to murder him.

The Colombian government denied the accusation, slamming it as an effort to drive attention away from ongoing significant internal issues troubling Venezuela.

Tensions between Caracas and Bogota have intensified for years, with Venezuela accusing its neighbour of supporting political forces that seek to overthrow the Maduro government.