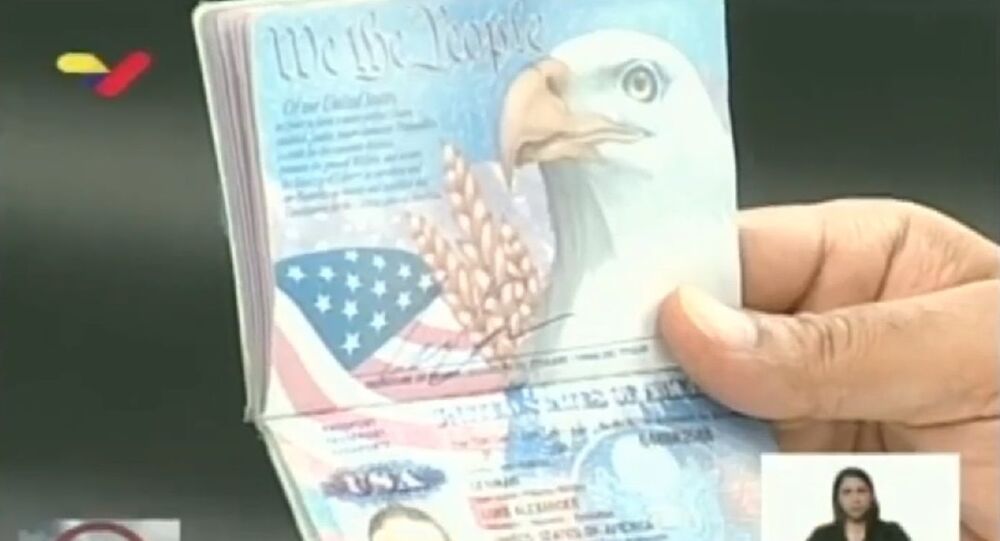 Earlier on Sunday, Venezuela's security forces faced an attempt of a maritime incursion from alleged "Colombian mercenaries". On Monday, the president of Venezuela's National Constituent Assembly, Diosdado Cabello, announced that a group of militants had been captured.

The president of Venezuela, Nicolas Maduro, stated during a speech broadcast on Monday that there are two US citizens among 13 'terrorists' - Luke Denman and Airan Barry - captured after Sunday's seaborne invasion. He said that they are US President Donald Trump's security guards as he showed passports and other identification cards alleged to belong to Denman and Barry.

"Among those captured are the traitor Antonio Sequea and a citizen with the last name Baduel who stated that two Americans from Donald Trump's security team were in the raiding group", he said.

Videos of the "terrorists" captured by the Venezuelan government were shared in Twitter.

Maduro said that it was the detainees's first testimony that revealed the presence of Trump's security guards in the invasion group.

A tweet reads: "Listen carefully, it is only 27 seconds but they say it all. "They are intermediaries of the security chief of the #USA president, they say they are from the security advisory of Donald Trump".

During his speech, Maduro denounced the Trump administration for "the preparation of this action to the DEA [Drug Enforcement Agency]" and accused the White House of "delegating its operational planning to a company, Silvercorp".

On Sunday, the Caracas Interior Minister, Nestor Reverol, said that several militants had attempted to invade the northern state using high-speed boats. Maduro said that the goal of the water incursion was his assassination. Venezuelan security forces captured two of the militants and killed eight. Later on Monday, Diosdado Cabello, president of Venezuela's National Constituent Assembly, announced that eight "mercenaries" had been captured.

Maduro accused neighboring Colombia of funding the operation jointly with the US in an attempt to murder him. The Colombian government denied the accusations, slamming it as an effort to drive attention away from the ongoing "internal crisis" in Venezuela.