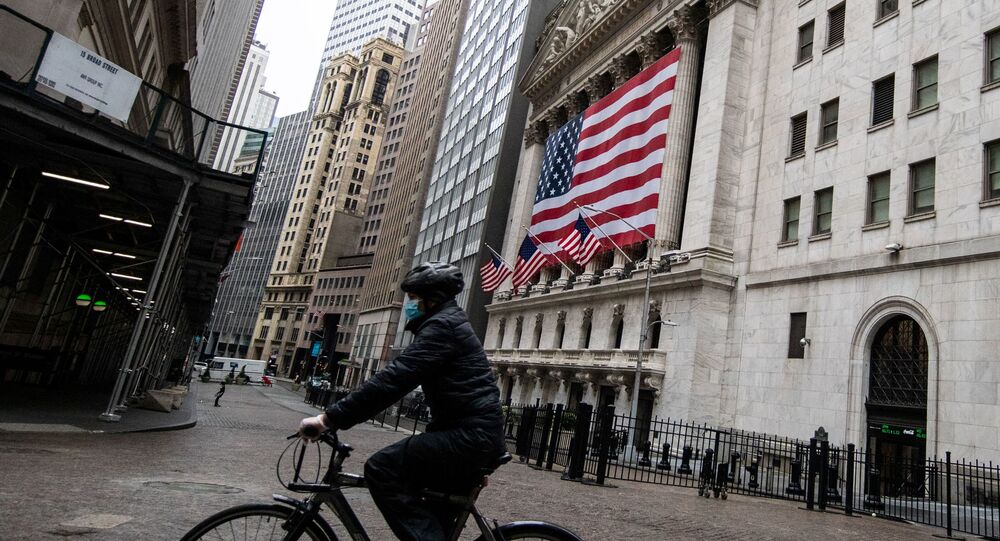 In late April, Vice President Mike Pence said that the US Centres for Disease Control and Prevention (CDC) would be deploying its staff to all American states to assist with coronavirus testing, which now reportedly stands at about 200,000 people per day.

Dr Anne Schuchat, the No. 2 official at the US Centres for Disease Control and Prevention (CDC), has suggested that the increase in the country’s COVID-19 cases in late February was, in particular, caused by limited testing and delayed travel alerts for areas outside China.

“We clearly didn't recognise the full importations that were happening. The extensive travel from Europe, once Europe was having outbreaks, really accelerated our importations and the rapid spread. I think the timing of our travel alerts should have been earlier”, Schuchat told the AP news agency on Friday.

She argued that “taking action earlier could have delayed further amplification [of the US outbreak], or delayed the speed of it”.

© REUTERS / MARCO BELLO
A homeless woman reacts next to a worker collecting samples during a Miami-Dade County testing operation for the coronavirus disease (COVID-19), in downtown Miami, Florida, U.S., April 16, 2020

The remarks followed the CDC earlier on Friday publishing an article, which was penned by Schuchat and which focused on the public health response to the initiation and spread of the COVID-19 pandemic in the US between 24 February and 21 April.

In the article, the senior CDC official reiterated her thoughts offered during the AP interview, specifically noting that “unrecognised transmission played a key role in the initiation and acceleration phases of the US outbreak”.

In this vein, the AP separately quoted Jason Schwartz, assistant professor of health policy at the Yale School of Public Health, as saying that “the degree to which CDC's public presence has been so diminished […] is one of the most striking and frankly puzzling aspects of the federal government's response”.

Schuchat’s interview comes as Microsoft co-founder and billionaire Bill Gates told CNN on Friday that US coronavirus testing data are "bogus" because of its inaccuracy and slow turnaround.

According to him, “the United States does not prioritise who gets tested and […] does not make sure you get results in 24 hours”.

The remarks were preceded by President Donald Trump asserting in late April that the US is "going maximum" when it comes to the COVID-19 testing.

"There are some people that don't want to do that much testing, but we’re […] going to the outer limits and I think the way that's probably it should be”, POTUS told a news briefing.

Trump’s comments came after US Vice President Mike Pence said that the US has “enough testing capacity for every state in America to go to Phase 1”, during which "all vulnerable individuals should continue to shelter in place”, in line with Trump’s guidelines to “open up America again”.

Pence added that the White House had “assured the governors […] that we are going to continue to work around the clock to expand the testing capacity, support supplies and to support their efforts to encourage social distancing and the very mitigation efforts that the American people have been doing that have brought us the progress that we see all across the country today”.

Earlier, Harvard University experts suggested that in a bid to completely "remobilise the economy", the US will have to test at least 20 million people per day by mid-summer, in contrast to the current daily COVID-19 testing capacity, which amounts to 200,000 people.

The US now tops the list of nations most affected by the coronavirus, with at least 1,062,446 confirmed cases and more than 62,000 fatalities, according to the CDC’s updates released on 1 May.