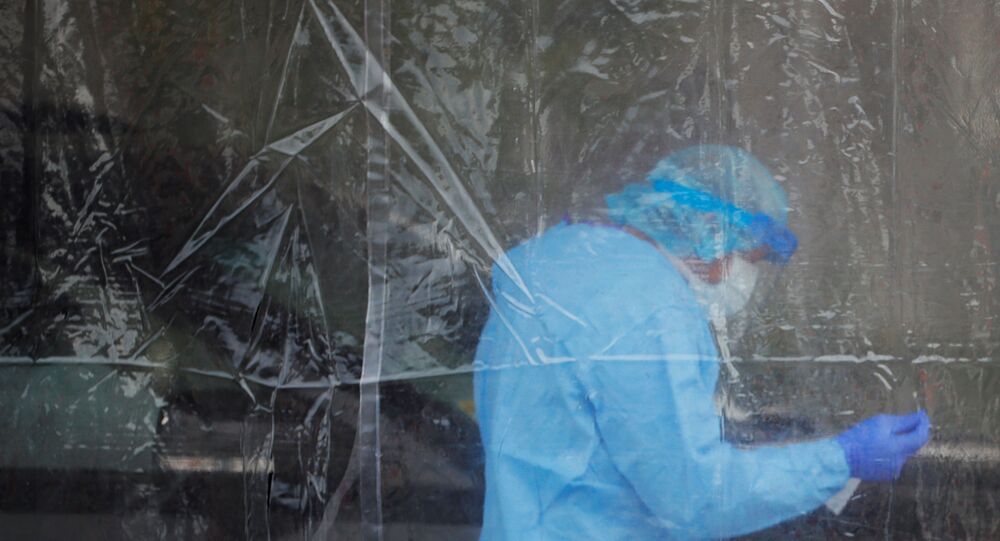 US President Donald Trump and Secretary of State Mike Pompeo previously supported the idea of probing China over allegations that the novel coronavirus originated in a Chinese laboratory studying viruses, despite Beijing and many in the scientific community debunking a theory.

The US intelligence community and the Department of Defence are studying the possibiliy of the novel coronavirus being used by state and non-state actors as a biological weapon, Politico reported citing several anonymous sources. The officials have reportedly started mapping out the potential for the virus, that so far has managed to shut down major parts of the global economy, to be used in targeting certain individuals and groups of people.

US officials have not reacted to Politico's report. Pentagon spokesman Mike Andrews declined to comment on the media outlet's piece.

One anonymous former administration official told the media outlet that a "hostile actor" would likely leave the virus unchanged as manipulating its genome might leave a signature leading back to the actor itself during a closer study. The source added that it would be enough to infect a person in the targeted group with an existing virus.

COVID-19 already has already demonstrated its capability to spread in social groups, especially among those in small or cramped quarters - as was the case with the American aircraft carrier USS Theodore Roosevelt, which was forced to abandon its duties and is likely to be in quarantine for weeks.

At the same time, the COVID-19 pathogen is literally available to anyone across the world right now. According to an ABC report citing obtained law enforcement documents, the FBI believes that extremist groups will be trying to purportedly spread the virus by encouraging their infected members to engage in personal contact.

One defence official told Politico that right now the issue of the coronavirus potentially being used as a bioweapon is "a lower-risk concern", with officials more focused on the origins of COVID-19. US President Donald Trump recently announced a probe into allegations that the virus was leaked from a Chinese laboratory. But officials working on the matter told Politico that the intelligence community has so far failed to find any hard evidence supporting a theory that the virus originated in a Chinese lab and is continuing to figure out where it came from.

Right now the US remains the country hardest hit by the coronavirus, with 869,172 COVID-19 cases and 49,963 fatalities reported by John Hopkins University as of 24 April.

US Senator Elizabeth Warren Says Her Brother Died From COVID-19