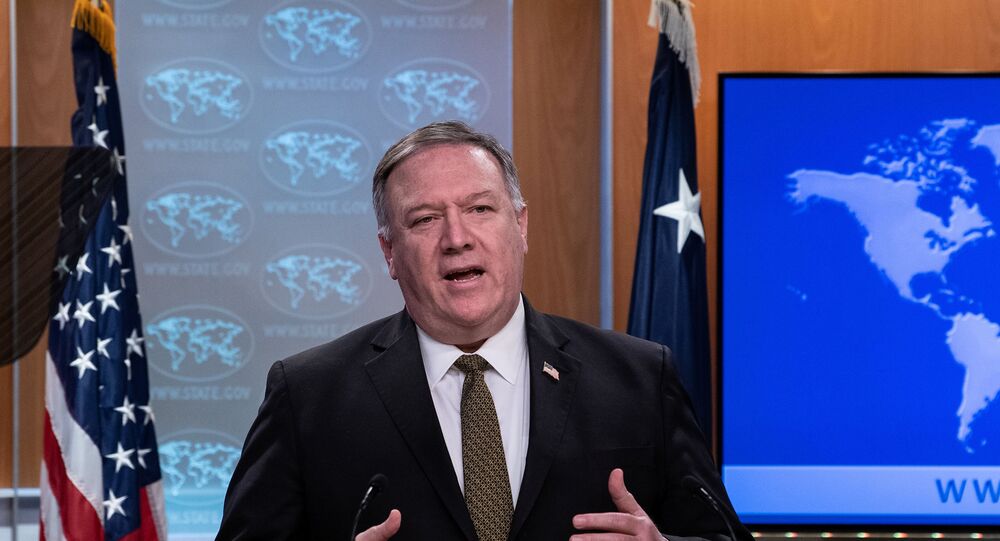 Following the 2018 unilateral withdrawal of the US from the 2015 Iran nuclear deal and the reimposition of sanctions against Iran, Washington has been issuing special waivers that permit some countries and companies to conduct business with Tehran.

The US Department of State has extended a waiver for Iraq to continue receiving Iranian electricity for 30 days, a time significantly shorter than previous exemptions that varied from 90 to 120 days, Reuters reported on Sunday, citing an unnamed US State Department official.

“The Secretary granted this brief extension of the waiver to allow time for the formation of a credible government,” the official said, referring to US Secretary of State Mike Pompeo, according to the outlet.

The official reportedly said that the waiver would expire on 26 May, noting that the Trump administration would reassess renewing the exemption again once a “credible government” is formed in the Middle Eastern country.

The nomination of Mustafa al-Kadhimi, Iraq’s intelligence chief since 2016, as prime minister, will be Iraq’s third attempt in 10 weeks to break a political deadlock that has lasted since former Prime Minister Adel Abdul Mahdi resigned in the wake of violent anti-government protests in December 2019.

“Once that a government is in place, the Secretary will reassess whether to renew the waiver and for how long, and looks forward to resuming our cooperation with the Government of Iraq to reduce Iraq’s dependence on unreliable Iranian energy imports,” the State Department official said.

The official noted that the new permission applied only to electricity supplies. He said that Baghdad should refer to the US Treasury Department for transactions related to Iranian natural gas imports.

As Iran is under US economic sanctions, Iraq has been obligated to obtain Washington's permission for importing crucial Iranian power supplies in order to avoid falling under US sanctions over its dealings with Tehran.

Relations between the United States and the Islamic Republic of Iran deteriorated after US President Donald Trump in 2018 unilaterally pulled Washington out of the 2015 Iran nuclear deal, or the Joint Comprehensive Plan of Action (JCPOA), in May 2018 and reimposed harsh economic sanctions against Tehan.

Relations deteriorated further following the targeted assassination of top Iranian general Qasem Soleimani by a US drone strike in Baghdad on 3 January 2020.