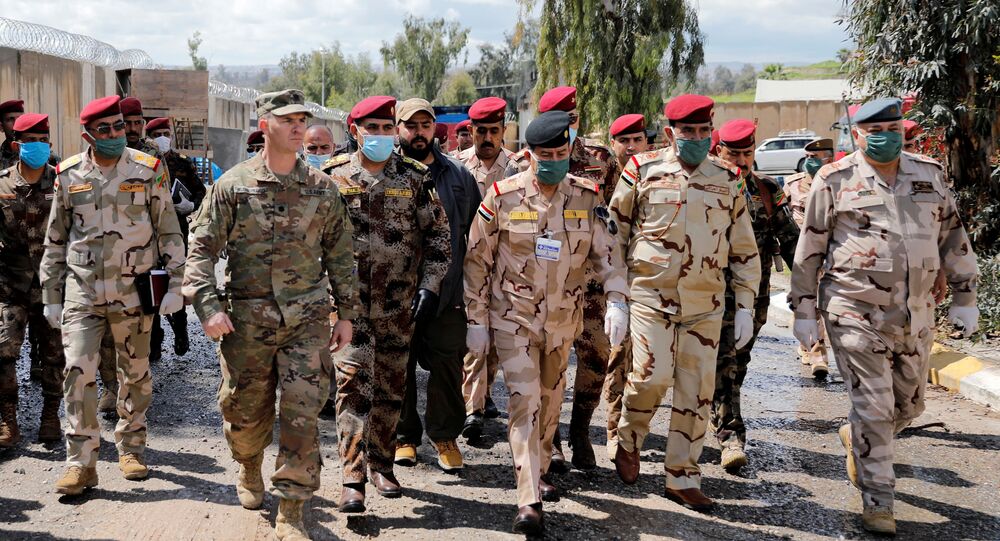 As other members of the armed forces have been ordered to stay in place to fight the spread of the novel coronavirus, scheduled rotations of US Army troops to Afghanistan, Iraq and Europe will still take place.

Officials from the US Army announced that several Army units will indeed be deploying in the coming months, despite the ongoing pandemic from the highly contagious COVID-19 novel coronavirus.

According to the Army Times, a total of seven teams have been identified by the service for summer 2020 rotations. Deployments included come as part of Operation Inherent Resolve in Iraq and Syria; Operation Freedom Sentinel in Afghanistan; and Operation Spartan Shield in Kuwait.

However, it’s not clear where in Europe the 101st Airborne Division Combat Aviation Brigade, currently stationed at Fort Campbell, Kentucky, will be located, as they also participate in Atlantic Resolve.

Several units have expressed readiness for the upcoming rotations, such as the 2nd Brigade Combat Team (BCT), 82nd Airborne Division - stationed at Fort Bragg, North Carolina - which issued a news release communicating its commitment to Operation Inherent Resolve in Iraq.

"Our paratroopers are honored to answer our nation's call to deploy and work alongside the international coalition in support of Operation Inherent Resolve," said Col. Jason Curl, commander of the 2nd BCT. "The Falcon Brigade is ready, trained and led by an exceptional group of men and women."

This announcement comes shortly after the Pentagon moved to extend an ongoing stop movement order until June 30. On March 25, Secretary of Defense Mark Esper issued the order, originally set to last 60 days, for all those “uniformed and civilian personnel and their sponsored family members overseas.”

“This measure is taken to aid in further prevention of the spread of Coronavirus Disease 2019 (COVID-19), to protect US personnel and preserve the operational readiness of our global force,” Esper’s statement noted.

He also highlighted that exceptions can be made if travel is deemed “mission essential, humanitarian in nature or warranted due to extreme hardship.”

The recent extension of the stop movement order was made by both Esper and Joint Chiefs of Staff Chairman Army Gen. Mark Milley “after careful consideration and assessment,” Defense Under Secretary for Personnel and Readiness Matthew Donovan said to reporters on April 18, as reported by Military Times.

Salvadorans Push Back as President Bukele Attacks Human Rights, Claims Critics ‘On Side of Virus’