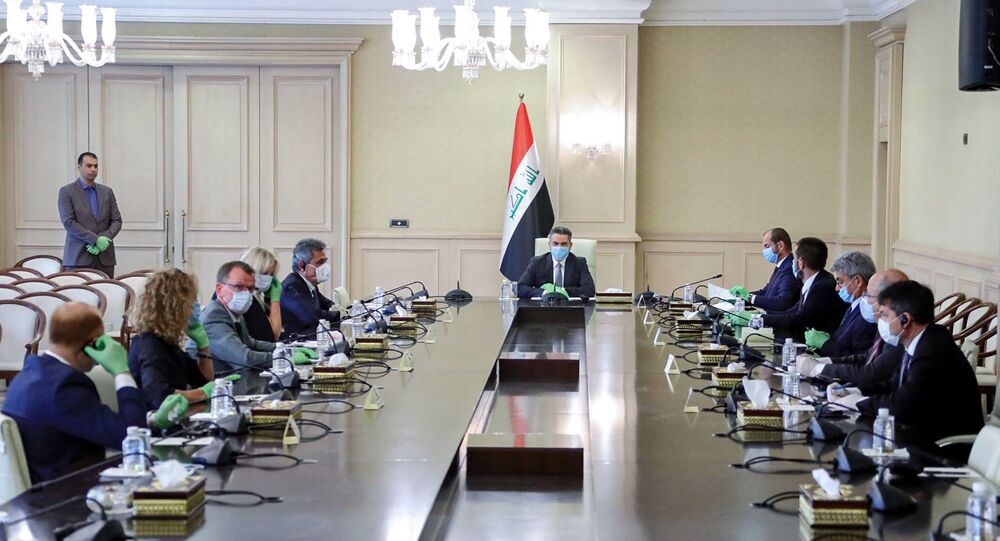 The nomination follows the resignation of previous designated prime minister, Adnan al-Zurfi, after he failed to garner enough support to form a government.

The nomination ceremony was held with the attendance of the country's major political figures in contrast to the two previous ceremonies this year for PM-designates who have since stepped down from their posts.

The newly-appointed prime minister now has a month to form a new cabinet and present it to parliament for approval.

Al-Kadhimi's designation comes as his predecessor Adnan Zurfi ended his bid to form a government.

Prior to Zurfi, Mohammed Allawi attempted to form the cabinet but was rejected by the parliament which led to his resignation on 1 March.

Al-Kadhimi, the 53-year-old head of Iraq's National Intelligence Service, has been rumoured since December to be in line to be head of the Iraqi government .

Iraq has been in political turmoil over the position of a new prime minister who will form a transitional government to lead the nation to early elections. The post has been occupied by Adil Abdul-Mahdi since October 2018. However, in November last year he announced his resignation and has since been in a caretaker position.