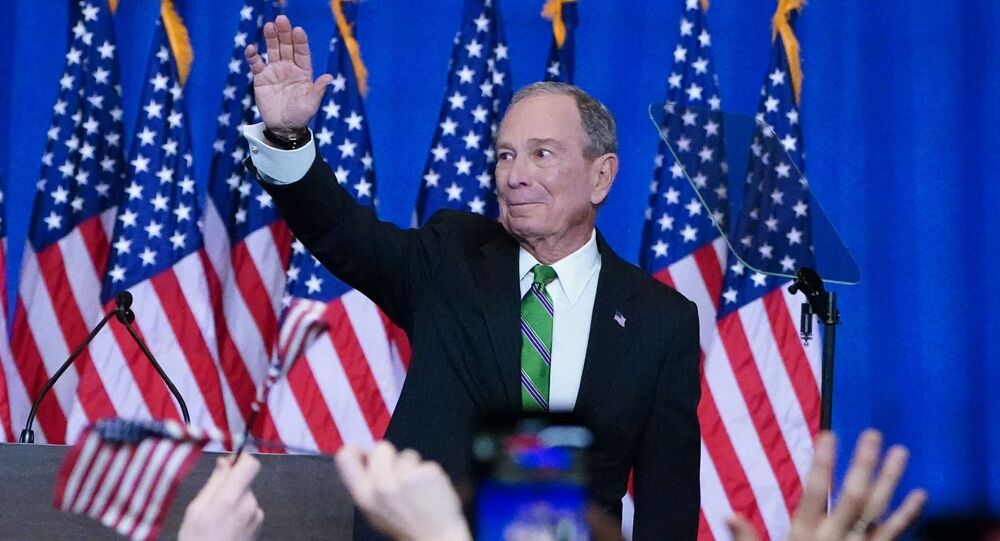 The former billionaire presidential hopeful dropped out of the Democratic race on 4 March following his disappointing results during Super Tuesday’s multiple-state vote, which saw Bloomberg fall far behind almost every other presidential candidate.

A former employee of Mike Bloomberg’s presidential campaign filed a lawsuit on Monday against the former presidential candidate for allegedly laying her off, along with more than a thousand staffers, despite an earlier promise to grant them jobs through November regardless of whether he won the nomination for the Democratic Party, according to The Hill.

Donna Wood, a former Bloomberg campaign field organizer, filed the lawsuit in US District Court, in the southern district of New York, on behalf of herself and other former campaign employees, seeking to get the case recognized as a class action.

Wood argues in the lawsuit that the former presidential candidate deprived her and her colleagues “of promised income and health care benefits, leaving them and their families potentially uninsured in the face of a global pandemic,” according to The Hill.

Last week, the former New York mayor laid off the entire staff of his failed campaign and gave $18 million from his coffers to the Democratic National Committee in support of efforts to defeat US President Donald Trump in the 2020 presidential election.

“The Bloomberg campaign had represented to folks they were going to keep people on through November, regardless of his candidacy, which is one of the reasons we think he attracted such talent,” said Sally Abrahamson of Outten & Golden LLP, one of the attorneys on the case, cited by NBC News. “He’s terminating, we believe, over 1,000 people at a time when we believe unemployment is likely going to be 20 or 30 percent, and they’re going to lose their health care”.

An interview script reportedly used by the campaign for attracting new hires read “Employment through November 2020 with Team Bloomberg”, according to NBC News.

Wood accuses the Bloomberg campaign of fraudulent inducement, breach of contract and unpaid overtime compensation for field organizers, whom the claimant is seeking to join her case.

In response, representatives for Bloomberg said that it offered its staffers severance and extended health care and benefits that no other campaign offered to its staff.

"This campaign paid its staff wages and benefits that were much more generous than any other campaign this year. Staff worked 39 days on average, but they were also given several weeks of severance and health care through March, something no other campaign did this year," said a Bloomberg campaign spokesperson, cited by NBC News.

"Given the current crisis, a fund is being created to ensure that all staff receive health care through April, which no other campaign has done. And many field staff will go on to work for the DNC in battleground states, in part because the campaign made the largest monetary transfer to the DNC from a presidential campaign in history to support the DNC’s organizing efforts.”

Bloomberg Grosses Out Twitter With His Pizza Eating Habits, Gets Roasted by Trump - Video