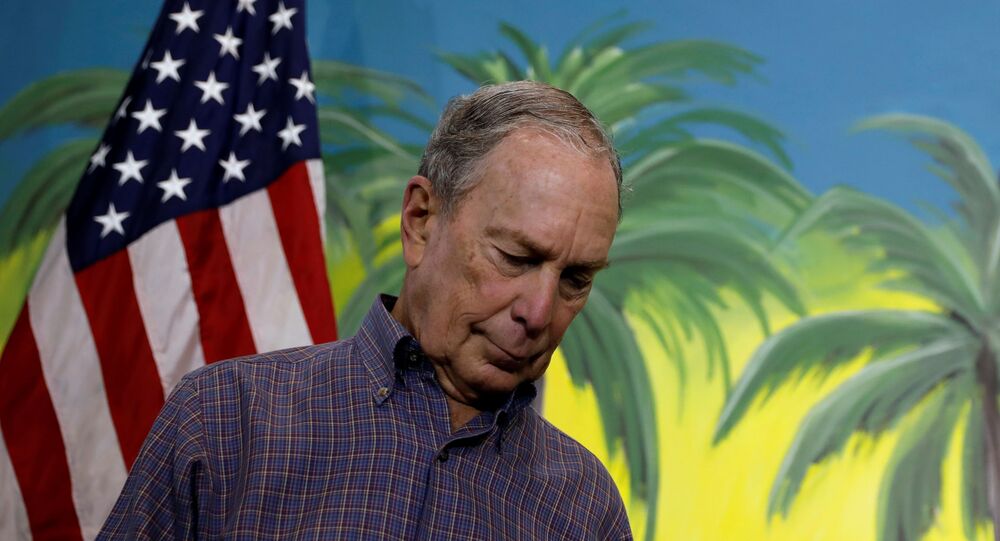 Despite investing nearly half a billion dollars in his election campaign, Mike Bloomberg failed to gain significant support in the Democratic primaries, even on Super Tuesday, which he was counting on a lot.

Michael Bloomberg's campaign essentially ended after his devastating defeat in the Nevada debate following attacks from Senator Elizabeth Warren, several former staffers claimed in an interview with The Nation on condition of anonymity.

Namely, the members of his campaign claimed that even voters who had supported Bloomberg from the start and ignored the NDA and stop-and-frisk scandals lost faith in him over his "weak" responses to Warren's attacks during the debate. Other voters would frequently meet his staffers with animosity, according to the magazine’s sources.

"Ever since the first debate all of us faced a ton of hostility [when knocking on] doors […] and could hardly get any volunteers. I once had a woman chase me back to my car demanding that I say you can’t buy the presidency", one of the campaign members said.

The poor performance of Bloomberg's campaign started to have an impact on the morale of the staffers, who often did their job in a lacklustre manner, the media outlet's sources said. Social media administrators reportedly simply copied and pasted campaign talking points, sometimes receiving Twitter flags and suspensions for spamming.

Some staffers went even further, according to the magazine’s sources, ripping off the campaign and using its money and resources sometimes for opposing purposes – such as supporting other candidates.

"Most people knew this was a grift", one unnamed campaign official said, describing the situation. "I would actively canvass for Bernie when I was supposed to be canvassing for Mike. I know of at least one team of ‘volunteers’ that was entirely fabricated by the organisers who had to hit their goals. It was easy enough to fudge the data to make it look like real people put in real volunteer work", a staffer claimed.

Another member of the campaign told The Nation that regional organisers in San Diego had used Bloomberg campaign "resources, staff, and infrastructure" to run or consult other regional races. The staffer reportedly went on to explain that due to the campaign setting "impossible goals", many simply manipulated the stats about how many phone calls they had made or doors they had knocked on in order to meet voters.

The biggest loser tonight, by far, is Mini Mike Bloomberg. His “political” consultants took him for a ride. $700 million washed down the drain, and he got nothing for it but the nickname Mini Mike, and the complete destruction of his reputation. Way to go Mike!

However, the campaign's regional political director, MaryAnne Pintar, said that she had seen no signs of such scams. Pintar also pointed out that because Bloomberg's campaign started late, many local consultants were already busy with other clients and had to do two or more jobs at the same time.

Despite spending nearly $500 million on the campaign out of his own pocket, Bloomberg only managed to secure 61 delegates out of the nearly 2,000 needed to win the Democratic nomination. He ended his campaign after his poor performance in the Super Tuesday primaries, on which his campaign had staked high hopes, and endorsed former Vice President Joe Biden on 4 March.

Bloomberg Grosses Out Twitter With His Pizza Eating Habits, Gets Roasted by Trump - Video