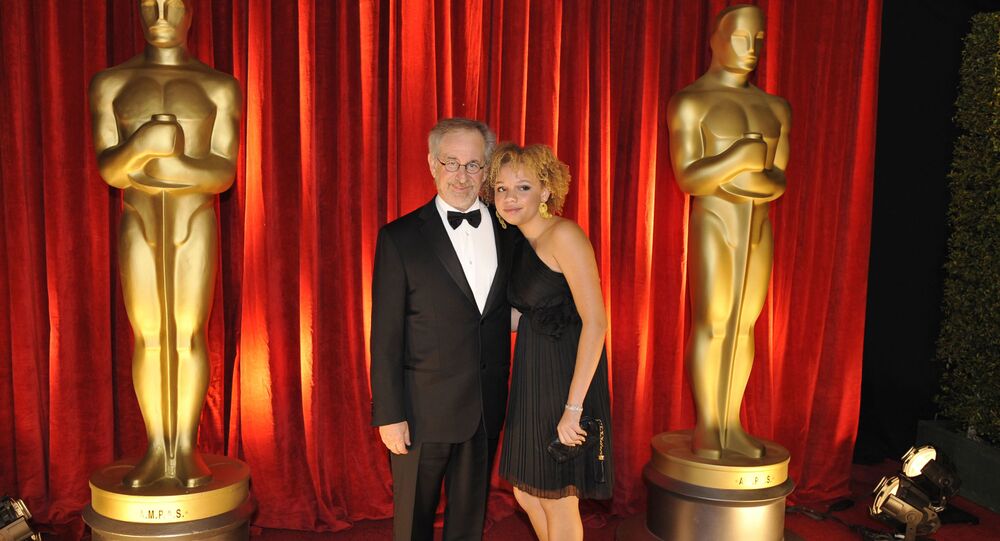 “My parents - despite what people have written - aren't embarrassed, they were actually kind of expecting it to be my career... some sort of outsider art... or taboo art, because they've always known that I was a little bit neurotic,” the publication quoted Mikaela Spielberg as saying.

The daughter of the Academy Award-winning film director continued:

“That's not to say all performers are neurotic...just the kind of performer I am - they've always known that whatever I wanted to do in life I probably was going to do it whether they liked it or not.”

The Nashville-based adult film star who had earlier confessed she had opted for a career change over frustrations that her traditional job “wasn't satisfying her soul”, claimed her parents' were even “relieved” by her choice.

“So it kind of felt like a little bit of a relief. It was like they were preparing themselves to get the news for this and they're not sad for me and my choice of career… I'm not sad for them. People shouldn't be sad for them. Nobody here is a victim,” she said.

The comments come as Mikaela made headlines after being recently arrested and charged with domestic violence after a fight with her 47-year-old professional darts-player fiancé, Chuck Pankow, spending 12 hours in custody before being freed on a $1,000 bond on 29 February.

She blamed the incident on a miscommunication with officers, while Chuck Pankow was quoted as insisting that “no one is hurt”.

Proclaiming herself to be a truly “sexual creature”, the young woman confessed she was seeking to “capitalise” on her body.

“I'm doing this, not out of an urge to hurt anybody or be spiteful about it, I'm doing this because I want to honor my body in a way that's lucrative," the adult actress was quoted as saying.

At the time, sources close to the family were cited by the New York Post as claiming while Spielberg and Capshaw support their child, they were also “embarrassed” over her move.

The woman had shared in her interview in February that her struggles could, in part, be traced to childhood sexual abuse, adding that her abusers were not a part of her family, or her parents' inner circle of friends.