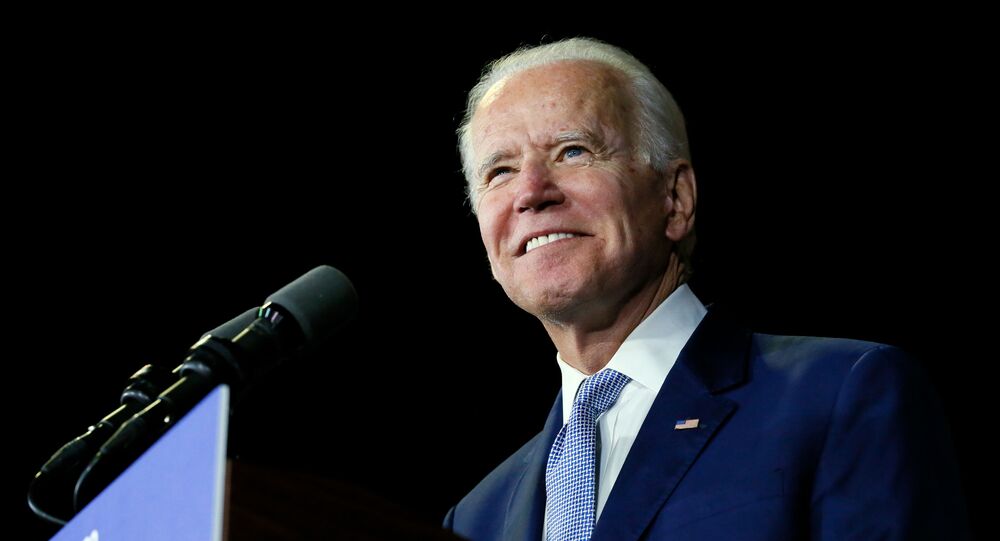 Although the vote counting is still ongoing in some states, it's already clear that the former vice president has secured victories in several Super Tuesday states after previously performing poorly in the first three primaries in Iowa, New Hampshire, and Nevada.

Democratic presidential hopeful Joe Biden's streak of bad luck with campaign funding seems to be coming to an end as many of his backers have started reporting a surge in donations after the publication of the first Super Tuesday primary results. Some of the donations have even reached the legally set cap of $2,800, CNBC reported, citing anonymous sources claiming that the information would be officially revealed later.

One bundler accumulating donations for Joe Biden, the PR company MWWPR, told CNBC that the influx of donations started amid reports of Biden's success in several Super Tuesday states.

"Since South Carolina, there has been a steady stream of new donors wanting to be supportive. After tonight that is now a flood. The enthusiasm from new and current donors is at a level rarely seen in fundraising circles", the head of MWWPR, Mike Kempner, said.

The "Unite the Country" super political action committee, which favours the former vice president, also reported an uptick in donations that coincided with the Super Tuesday primaries. The organisers of several fundraising events for Biden's campaign, in turn, have reported that they were nearly sold out in the wake of first results of the 3 March votes.

The surge in donations will likely come as a welcome change for Biden, who previously showed poor results in comparison to Vermont Senator Bernie Sanders and other Democratic candidates when it came to donations. With campaign coffers being filled, the former vice president will be able to spend more on ads for the upcoming primaries than he did ahead of Super Tuesday, thereby increasing his chances to secure a lead over Sanders, who previously had the best results in terms of numbers of pledged delegates.

The final results for Super Tuesday are yet to be published, but preliminary figures show that Biden is leading in Alabama, Arkansas, Massachusetts, Minnesota, North Carolina, Oklahoma, Tennessee, and Virginia, but is tied with Sanders in Texas. In addition, the initial results show that the Vermont senator, currently Biden's key rival, is heading for a decisive victory in California – a "golden state" that provides a total of 415 delegates for the final Democratic National Convention.