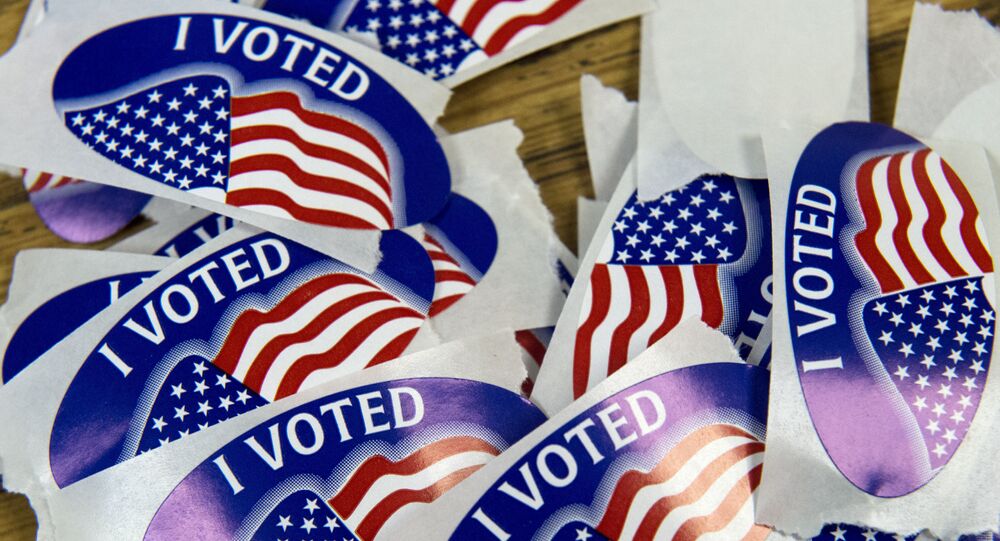 Just days after voters went to the polls in the South Carolina Democratic primary on 29 February, with former Vice President Joe Biden securing a landslide, the 2020 presidential race now heads to Super Tuesday, which is seen as a pivotal day on the primary calendar.

Registered Democrats in 14 US states and one US territory, American Samoa, will head to the polls on Super Tuesday, 3 March, to pick from among the party's remaining presidential candidates in a ballot that is seen as pivotal for its primary elections.

Here are some of the most important aspects of Super Tuesday.

Who votes on Super Tuesday?

Super Tuesday is the closest the US has to a national primary voting day, as primaries will be held in Alabama, Arkansas, California, Colorado, Maine, Massachusetts, Minnesota, North Carolina, Oklahoma, Tennessee, Texas, Utah, Virginia, and Vermont.

Polls will close at various times, beginning at 7 p.m. EST and extending until 11 p.m.

The exact states holding primaries on Super Tuesday have varied from year to year, since each state selects its election day separately.

How many delegates are up for grabs?

Combined, the 14 states and American Samoa will select 1,345 delegates, or 34 percent of all Democratic convention delegates.

Taking into account the four states where primaries or caucuses have already been held (Iowa, New Hampshire, Nevada and South Carolina), 40 percent of the total number of pledged delegates will be allocated by the end of the day.

A nominee requires a majority (1,991), of the pledged delegates up for grabs to secure a nomination at the July convention in Wisconsin, with the number of delegates, not votes, playing the decisive factor.

"Super Tuesday is the first time we get a glimpse of what a wide swath of the country thinks. Super Tuesday includes large states, like California and Texas, swing states like North Carolina, and small states like Vermont. With Klobuchar and Buttigieg out of the race, this is also the first time that we can learn how their voters are leaning in the absence of their top choice. With Sanders almost certain to take large states like California, Biden must perform well in states like North Carolina and Virginia to make the case that this is a two-person race", says Chris Cooper, professor and head of the Department of Political Science and Public Affairs Western Carolina University.

Thus, Super Tuesday could seal the deal for a candidate who's leading the race, rendering the remaining primaries less important, particularly in the event of a clear victor emerging.

A candidate who produces a poor showing on Super Tuesday might be pressured by the party to drop out, according to analysts.

The 2020 primary is notable in that it marks the first time Californians will vote on Super Tuesday.

Accordingly, two of the most delegate-heavy states, Texas and California, weigh in on Tuesday’s ballot, allotting 228 and 415 delegates, respectively.

The importance of Super Tuesday becomes particularly evident when comparing it to the first four states, Iowa, New Hampshire, Nevada and South Carolina that offer up a total of 155 delegates.

Having spent massively on campaign ads, Bloomberg, who is worth around $62 billion, invested over $500 million of his own personal fortune into his campaign since entering the race in November. Skipping primaries in Iowa, New Hampshire, Nevada and South Carolina, Bloomberg opted to focus instead on the Super Tuesday states and those that follow.

This Super Tuesday ballot is intriguing in that the primary result still appears to be in the balance.

Although Vermont Senator Bernie Sanders seems assured of the lead at the moment, both Joe Biden’s landslide in the first southern state to vote, South Carolina, which established him as the main rival to the self-described "democratic socialist", and Bloomberg’s determination to dominate on Super Tuesday, could sway the final result.

In any case, the massive day of voting is fraught with potential to narrow down the candidate field.