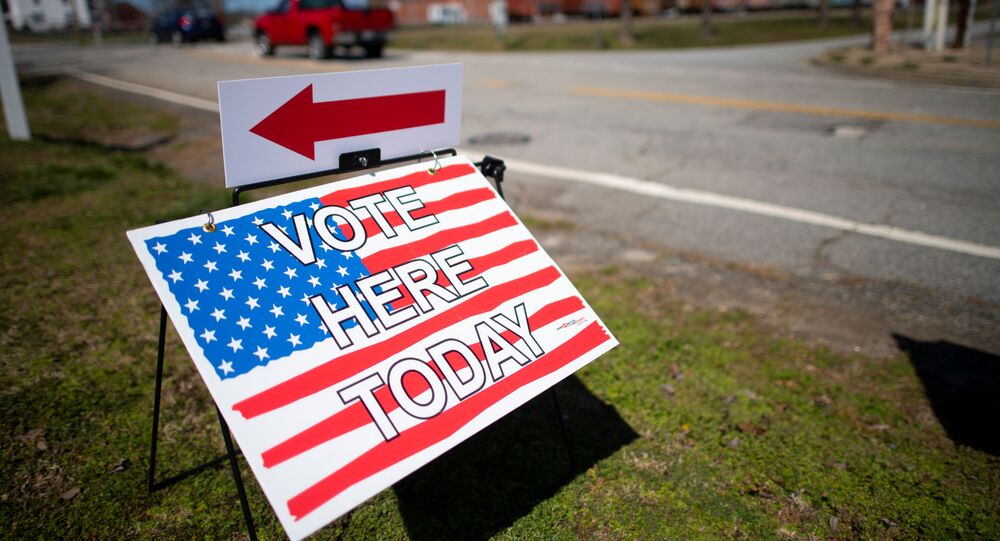 The quest to choose a Democrat who will face off against Republican Donald Trump in the general election slated for November continued on Saturday, as the state of South Carolina became the fourth to enter the fray, just two days ahead of Super Tuesday, the most important day on the Democratic primary calendar.

The South Carolina primary, seen as having a more diverse electorate than the states that have gone so far, took place on 29 February - just two days before 14 states, from Maine to California, vote on Super Tuesday in what is perceived as a national primary.

According to Richard Vatz, a distinguished professor of Rhetoric and Communication at Towson University, the Democratic debates have over time gone "from insipid exchanges to uncontrollable rhetorical brawls, which means they are insincere exchanges based not on policy differences but on whether their opponents pose a threat to the participants’ nomination hopes".

Here is a look at how the candidates measured up on Saturday in South Carolina’s Democratic primary.

Securing 33 delegates , and amassing 48.4 percent of the votes, Joe Biden claimed a landslide victory in the state, with the former vice president defeating Vermont Senator Bernie Sanders, the national front-runner for the Democratic presidential nomination, who claimed 11 delegate votes and 19.9 per cent.

The Associated Press announced Biden’s victory after polls closed in South Carolina, based on data from AP VoteCast, a survey of the electorate conducted for the AP by NORC at the University of Chicago.

After this triumph in a state long considered his stronghold, in the wake of dismal performances in Iowa, New Hampshire and Nevada, the former vice president who is seen as lacking in funding and organisation, will be hoping to reboot his campaign for a surge on Super Tuesday.

“We are very much alive… For all of you who have been knocked down, counted out, left behind -- this is your campaign,” Biden declared at a post-election rally.
© REUTERS / ELIZABETH FRANTZ
Democratic U.S. presidential candidate and former U.S. Vice President Joe Biden yells during a campaign event at Saint Augustine's University in Raleigh, North Carolina, U.S., February 29, 2020. REUTERS/Elizabeth Frantz

Joe Biden is making a round of media appearances on Sunday and seeking endorsements from prominent Democrats ahead of Super Tuesday, with former Virginia governor Terry McAuliffe backing the former vice president Biden in the wake of the South Carolina win.

Mark Dankof, a US investigative journalist, underscored the importance of the African American vote that Biden had successfully wooed.

“Biden’s victory Saturday night in South Carolina is entirely attributable to the fact that over half of the primary voters there are African Americans, and that the endorsement of African American House Majority Whip U.S. Rep. Jim Clyburn of Biden carried the day. Biden also carried the +65 voters by a 3 in 5 margin.”

Even President Donald Trump tweeted his congratulations to Biden on his results in South Carolina.

Sen. Bernie Sanders (I–Vt.) came in a distant second in South Carolina’s primary, posting his largest loss so far, with 11 delegates and 19.9 percent of the votes cast.

The margin may have been narrower on this occasion, yet this defeat brings to mind the events of four years ago, when Sanders was dealt a devastating defeat in the state during his race against 2016 presidential candidate Hillary Clinton.

The self-described "democratic socialist" congratulated Biden on his first win but sought to play down the concerns of his own supporters.

“That will not be the only defeat. A lot of states in this country. Nobody wins them all… Now we enter Super Tuesday,” Sanders told his crowd of supporters in Virginia.

Sanders, 78, faces the next contests with the confidence he received from two consecutive victories in New Hampshire and Nevada, and a tie for the lead in Iowa.

“Super Tuesday will tell us whether or not Sanders emerges as the clear front runner, or whether a cloudier scene in a multi-candidate field blurs the picture leading into Milwaukee. Time tells.”

US President Donald Trump tweeted his reaction to the Vermont senator's defeat in the state.

Democrats are working hard to destroy the name and reputation of Crazy Bernie Sanders, and take the nomination away from him!

South Carolina witnessed one campaign casualty as Tom Steyer, a former hedge-fund executive, dropped out after his apparent third-place finish with 11.3 percent of the votes. This was a state where he had spent considerable resources, with $24 million channelled into television advertising.

© REUTERS / MARK MAKELA
Democratic Presidential candidate entrepreneur Tom Steyer reacts as he speaks to supporters as he announced that he is suspending his campaign at his election night party on the day of the South Carolina primary in Columbia, South Carolina, U.S., February 29, 2020. REUTERS/Mark Makela

Steyer, 62, vowed to continue working on issues such as the environment and economic injustice, saying:

“We live in a country that is deeply unjust economically, where rich people have been profiting at the expense of everybody else… And I didn’t get in this race and start talking about things to get votes. I was in this race to talk about things that I cared the most about.”

Donald Trump weighed in on Steyer's decision to quit the race, tweeting: "Go away Tom!"

Tom Steyer who, other than Mini Mike Bloomberg, spent more dollars for NOTHING than any candidate in history, quit the race today proclaiming how thrilled he was to be a part of the the Democrat Clown Show. Go away Tom and save whatever little money you have left!

Former South Bend mayor Pete Buttigieg, who invested almost $3mln into television and radio advertisements in South Carolina this year, seemed unable to capitalise on his success in Iowa, where he won, and New Hampshire, where he came within reach of beating Sanders.

Finishing fourth, with 8.2 percent of the votes, the 38-year old American politician who was mayor of South Bend, Indiana, from 2012 to 2020, is projected to enjoy some “pockets of success” on Super Tuesday, yet few would bet on him becoming a serious contender.

A late entrant in the race, former New York City mayor Michael Bloomberg opted out of contesting the first four states. Instead, he has been investing heavily in television advertising in the 14 Super Tuesday states.

Billionaire Bloomberg will appear on a primary ballot for the first time in next week’s Super Tuesday primary.

Bloomberg’s campaign aides were cited by AP as believing the former New York mayor can hope for wins in several of the states that vote on Super Tuesday, including Arkansas, Alabama, Oklahoma, Virginia and North Carolina.

In other results on Saturday, for lower-performing candidates such as Massachusetts Sen. Elizabeth Warren, with 7.1 percent of the votes, and Minnesota Sen. Amy Klobuchar, with 3.1 percent, pressure is building to justify staying in the race.

Donald Trump, who was tweeting his responses as results from the vote count in the South Carolina primary were coming in, lambasted "failed presidential candidates" Tom Steyer and Mike Bloomberg.

I would find it hard to believe that failed presidential candidates Tom Steyer, or Mini Mike Bloombeg, would contribute to the Democrat Party, even against me, after the way they have been treated - laughed at & mocked. The real politicians ate them up and spit them out!

Super Tuesday is on Tuesday, 3 March, and is a pivotal day on the Democratic primary calendar due to the vast number of delegates up for grabs.

Over a dozen states will hold primaries on Super Tuesday, as will Democrats abroad, with the American Samoa Democratic caucuses also set for the day. All in all, there will be more than 1,300 delegates to the national convention at stake — about a third of the total available.

Taking into consideration the 155 delegates allocated from early voting states such as Iowa, New Hampshire, Nevada and South Carolina, almost 40 per cent of the total delegate allocation will be known by the end of Super Tuesday, possibly significantly winnowing the field of contenders in the 2020 presidential race.

“Super Tuesday… will provide us with a much clearer picture of where the Democratic Presidential race is headed going into their National Convention. Almost 34 per cent of the pledged delegates to the National Convention are up for grabs on Tuesday, 1,334. 1,991 are necessary to win the nomination on the first ballot in Milwaukee… Every delegate from 14 States and American Samoa is critical in determining who breaks into the open as the clear front runner, and whether or not that status is unassailable leading to Milwaukee.”