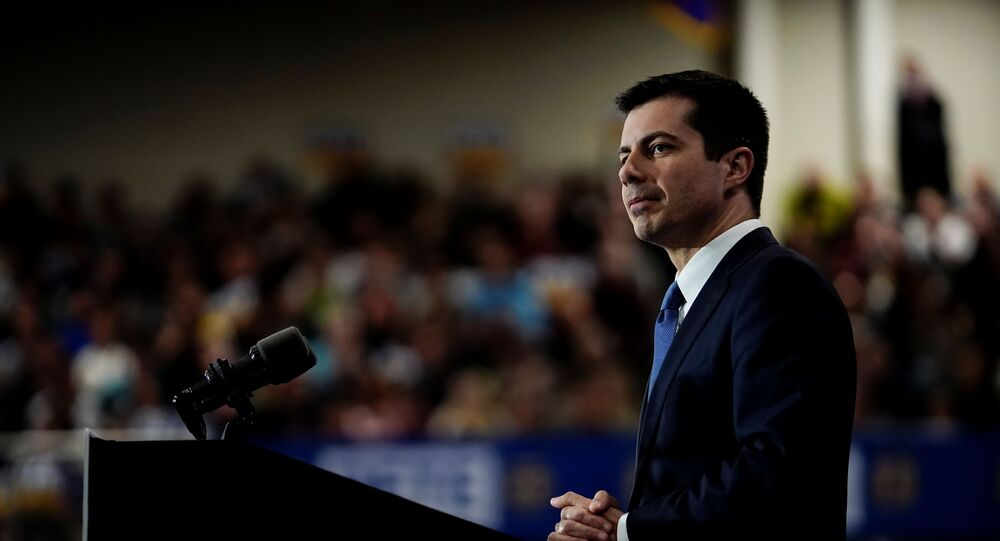 The move comes following the presidential hopeful's fourth-place finish in Saturday's Democratic primary in South Carolina, and shortly ahead of Super Tuesday, where 14 US states will hold their Democratic primaries.

Democratic presidential candidate and former Bend, Indiana Mayor Pete Buttigieg suspended on Sunday his campaign ahead of Super Tuesday, the biggest event in the race.

"Our goal has always been to help unify Americans to defeat Donald Trump," he told supporters hours after the reports on his drop out from presidential campaign emerged.

"We must recognize that at this point in the race the best way to keep faith with those goals... is to step aside and help bring our party and our country together. So tonight I am making the difficult decision to suspend my campaign for the presidency."

US President Donald Trump, commenting on Buttigieg ending his campaign, tweeted: "all of his SuperTuesday votes will go to Sleepy Joe Biden".

Trump added that this point in the race could mark "the REAL beginning of the Dems taking Bernie out of play".

The young candidate, 38, who narrowly won the Iowa caucuses and finished a close second in the New Hampshire primary, ended the South Carolina primary only maintaining 26 delegates from previous events, and overpowered in the voting booth by former US vice president Joe Biden who surged to second place in delegates, after front-runner Senator Bernie Sanders.

Following the Saturday primary, Buttigieg campaign senior adviser Michael Halle and deputy campaign manager Hari Sevugan told reporters that the candidate was not likely to win any of the 14 states on Super Tuesday, according to the Washington Post.

The former mayor beat expectations for months, as the first viable, openly gay, candidate for the US presidential nomination in any party.