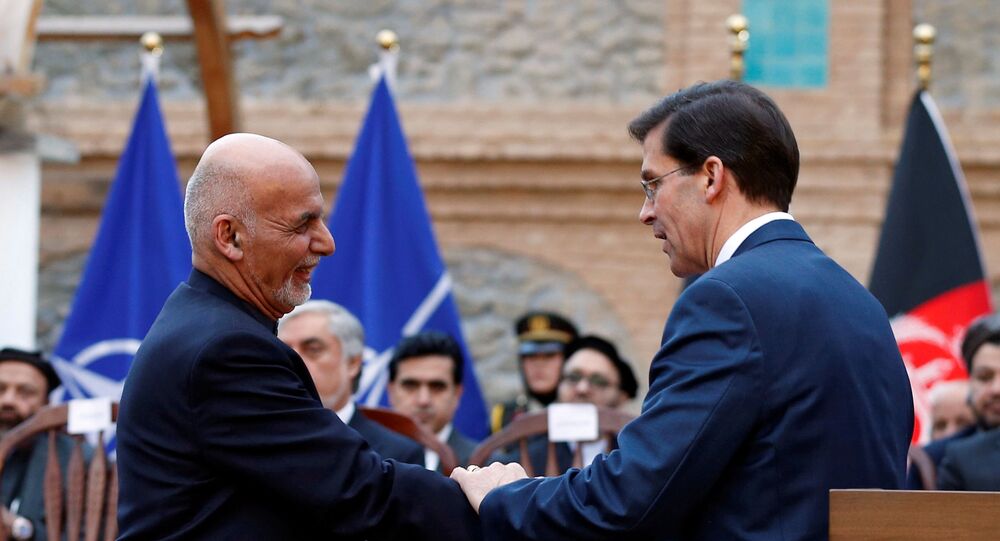 On Saturday, the Qatari capital of Doha witnessed the signing of a long-awaited peace agreement between the United States and the Taliban movement that envisages a timetable for the US to withdraw some 13,000 troops from Afghanistan.

US Defence Secretary Mark Esper is reportedly treating the peace deal signed on Saturday with the Taliban as chance for the US to focus more directly on a potential future conflict with China.

After reaching a deal with the movement to the longest war in US history - 19 years - Esper will reportedly be able to bring US troops home and focus on a “great power competition” with China and Russia.

The US Defence Secretary, during a joint declaration with Afghan President Ashraf Ghani in Kabul, said that reducing US troops levels in Afghanistan to zero is Washington’s “ultimate objective”, though he noted that the Trump administration “will not hesitate” to respond to “terrorist threats” endangering the safety of the US or its allies.

Washington's deal with the Taliban movement opens doors for Esper to achieve plans he earlier revealed in a previous announcement noting his willingness to reduce US troop levels in Afghanistan even if no agreement was made with the Taliban. The secretary revealed at the time that he “would like to do that because what [they] want to do is reallocate forces to” the Asia-Pacific region.

“All of these places where I can free up troops where I could either bring them home to allow them to rest and refit and retrain or/and then reallocate them (to the Asia-Pacific region) to compete with the Chinese, to reassure our allies, to conduct exercises and training,” Esper said at the Ronald Reagan National Defense Forum in December 2019.

Esper reportedly seeks to bring home as many troops as possible to prepare them for potential warfare with Beijing, as Washington attempts to stay a step ahead of China and Russia in battlefield tech, including in space and the development of strategic weapons including hypersonic missiles and advanced nuclear weapons.

The US-Taliban deal suggests a gradual withdrawal of all US troops from Afghanistan. The first phase seeks to slim US forces down to 8,600 in the first 135 days following the deal's ratification. Residual US forces will pull out over the next nine-and-a-half months, and all military bases will be abandoned.