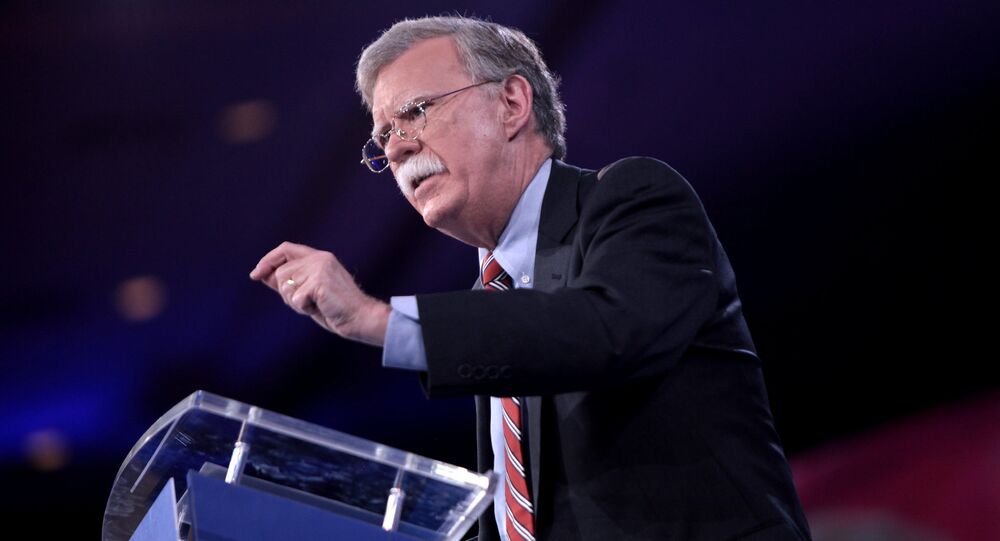 On Saturday, President Donald Trump welcomed the signing of a peace agreement between the US and the Taliban that envisages a timetable for the withdrawal of some 13,000 troops from Afghanistan.

Former National Security Adviser John Bolton has lashed out at a US-Taliban peace deal which he claimed poses an “unacceptable risk to America’s civilian population”.

“This is an Obama-style deal. Legitimising Taliban sends the wrong signal to ISIS [Daesh*] and al-Qaeda* terrorists, and to America's enemies generally,” Bolton tweeted on Saturday, referring to US President Donald Trump’s predecessor Barack Obama.

Signing this agreement with Taliban is an unacceptable risk to America's civilian population. This is an Obama-style deal. Legitimizing Taliban sends the wrong signal to ISIS and al Qaeda terrorists, and to America's enemies generally.

Trump’s ally Lindsey Graham, for his part, signalled his readiness to “support any reasonable effort to negotiate an end to the war in Afghanistan”, but added that “any peace agreement must be sustainable, honourable and include protections for the American homeland against international terrorist organisations that are alive and well in Afghanistan”.

“I am very suspect of the Taliban ever accepting the Afghan constitution and honouring the rights of religious minorities and women. Time will tell if reconciliation in Afghanistan can be accomplished with honour and security, but after more than 18 years of war, it is time to try,” the Republican Senator underscored.

Trump, in turn, responded to Bolton's critical remarks during the Saturday press conference by saying that the former National Security Adviser had “had his chance”, which he had never used.

“He was here for a year. He could have done something better - I was all ears, and he wasn't able to do that,” Trump said.

Commenting on the US-Taliban deal, which stipulates the pull-out of about 13,000 American troops from Afghanistan, POTUS pledged that his administration would redeploy its military to the South Asian nation "if bad things happen".

He also vowed that he would personally meet with Taliban leaders "in the not-so-distant future", predicting that the forthcoming talks between the Afghan sides would be successful as "everyone is tired of war", amid concerns that the negotiations would be more complicated than the initial deal.

The remarks came after the US and the Taliban inked a landmark bilateral peace agreement in the Qatari capital of Doha earlier on Saturday, a document that envisages a phased troop withdrawal from Afghanistan.

The US forces are due to be slimmed down to 8,600 within the first 135 days of the deal's announcement, while allied and coalition forces will be scaled down proportionately.

Under the agreement, up to 5,000 Taliban prisoners will be released from prisons by 10 March, the first day of intra-Afghan talks, while the remaining prisoners will be freed within the next three months. The Taliban commits that its released prisoners will not pose a threat to the security of the US and its allies.

The deal obliges the US to seek economic cooperation for reconstruction with the new post-settlement Afghan Islamic government and avoid intervening in its internal affairs.

In return, the Taliban will take steps to prevent terrorist groups, such as al-Qaeda, from using Afghan soil to threaten the security of the US and its allies.

*Daesh (ISIS/ISIL/Islamic State), al-Qaeda, terrorist groups banned in Russia and a number of other countries