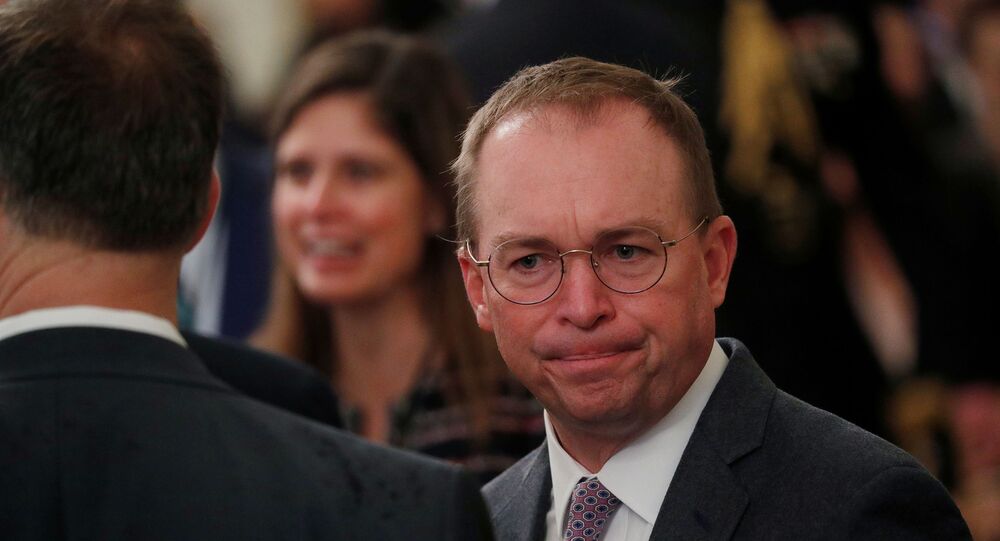 The virus, which originated in the Chinese city of Wuhan in late December 2019, has taken the lives of some 2,700 people worldwide as it continues to quickly spread to other countries including the United States, where 59 have been reportedly infected by the new disease.

Acting White House Chief of Staff Mick Mulvaney on Friday accused US media of promoting a false narrative about efforts of the Trump administration to deal with the threat posed by the novel coronavirus outbreak in the country.

The official described to an audience in National Harbor, Maryland, during a Conservative Political Action Conference (CPAC) on Friday, that he had briefed Congress, along with top health officials, about the administration's efforts to contain the Wuhan coronavirus crisis as far back as six weeks.

“Why didn’t you hear about it?” Mulvaney asked the audience, declaring that “the press was covering their hoax of the day because they thought it would bring down the president”.

Mulvaney claimed that the media was focusing on the impeachment of US President Donald Trump instead of covering the coronavirus outbreak.

“Is it real? It absolutely is real,” he said, before adding, “but you saw the president the other day — the flu is real”.

Mulvaney has downplayed the threat of the new virus, comparing the pandemic to more deadly epidemics such as Ebola and SARS, but hedged his remarks by asserting that school closures and disruptions to public transportation were likely to happen.

The chief of staff argued that the Trump administration “know[s] how to handle this”, while avowing that the US is positioned as “the best country in the world” to handle the spread of the deadly infectiouis disease.

Mulvaney attributed the US stock market drops to media panic, suggesting that his solution "to calm the markets is turn the television off for 24 hours”.

Trump has repeatedly blamed the US press for spreading panic about the virus. The president promised that the Wuhan coronavirus was “a problem that's going to go away", saying that media outlets are “doing everything possible to make the Caronavirus [sic] look as bad as possible, including panicking markets”.

Trump Says He Trusts Chinese President to Deal With Coronavirus, US Has It ‘Totally Under Control’