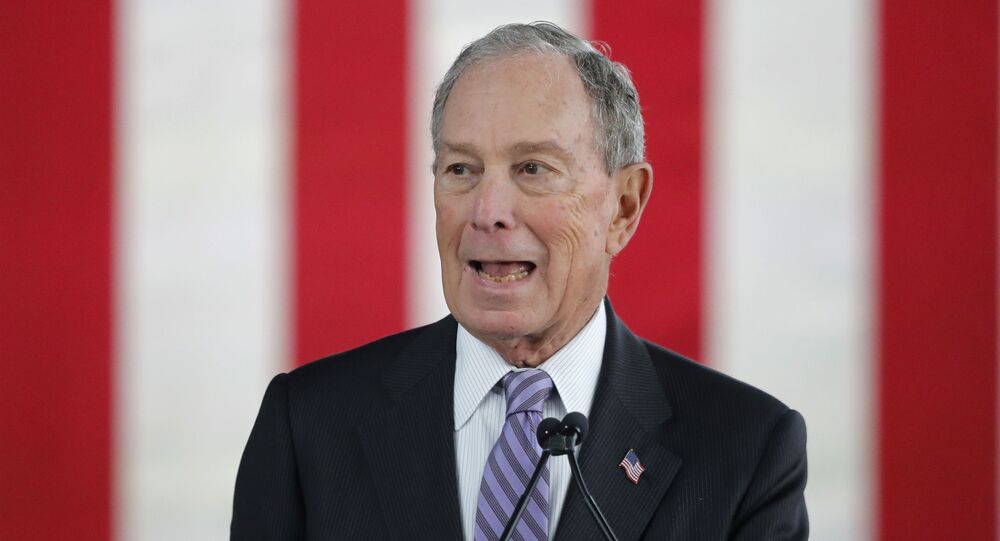 While the US president spares no words to slam Democratic presidential contender Mike Bloomberg on Twitter, several videos that show Bloomberg expressing his sympathy for Donald Trump are currently circulating online. Does it mean that the two used to like each other?

In the video revealed by Politico, Bloomberg recalls his 2011 conversation with Trump and even admits that he had once declared his love to the politician back then.

“Yes, Donald, I do love you, I just disagree with everything you've ever said”, Bloomberg apparently said to Trump when the two met during a September 11 memorial service. The ex-mayor then told the audience at the University of Oxford that the two had shared a laugh.

“If you've sat and had dinner with Donald Trump, you'd probably walk away saying everything he just said is bullshit, he can't be doing that. But you have a good time”, Bloomberg said. “He is socially a nice person. Will he be a good president? I hope so. Because we desperately need leadership in the country and the world”.

Social media users rushed to Twitter to point out Bloomberg’s change of heart, as since entering the presidential race, the billionaire did not seem to show as much sympathy to the US president as he seemed to before.

To add to the controversy, some other, older videos, then surfaced online, featuring Bloomberg also talking favourably about Donald Trump back in 2012, while calling the businessman “a great guy” and admitting to being his “big fan”.

Some netizens admitted that the bromance between the pair looked real at that time.

Watch as he smiles giddily like he really, really likes the guy.

One would get the impression that this hatred that the two now claim to have for one another is Kabuki theatre.

This comes as Donald Trump continues his rant against Bloomberg on Twitter. Trump accuses Bloomberg, whom he dubs “Mini Mike”, of  “large scale illegal campaign contributions” and “illegally buying the Democratic nomination”. Since Bloomberg entered the presidential race, Trump has repeatedly condemned his potential Democratic rival for being a part of the media crusade against himself, while the former mayor’s team, in turn, calls Trump “a pathological liar”.