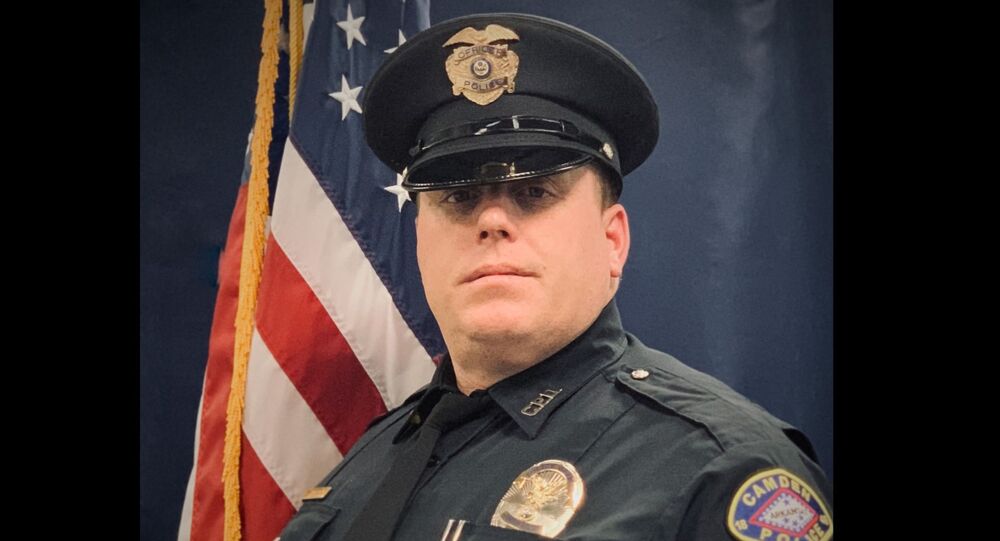 ‘I Feared for my Life’: Student Choked by US Cop in Viral Video, Officer Suspended

An Arkansas school resource officer has been relieved of his duties after a video went viral on social media, showing the officer choking a ninth-grade student at a local high school.

Arkansas’ Camden Police Department announced Monday that an investigation has been launched into Officer Jake Perry over his altercation with a student while assigned to serve as Camden Fairview High School’s resource officer.

The video, which made rounds earlier this week, shows Perry using a chokehold to lift the teen off the ground by his neck as other students look on and comment about how the teen may pass out.

This is a high school student in Camden, AR, who was held in a chokehold by a uniformed police officer to the point where his feet left the ground. His offense? He was arguing with another student. This is unacceptable. Spread the word. pic.twitter.com/Xc0BfFeQFy

Dekyrion Ellis, the ninth-grade student in question, has since spoken out about the incident and explained what led to the now-viral moment.

“I feared for my life,” Ellis told local outlet KTVE. “I didn’t know what was going to happen. I blacked out. I really didn’t see anything until he took me back to the office.”

Ellis said the trouble began when he was arguing with another student.

“He [a student] hit me. I pushed him. Then he pushed me, and I pushed him harder to where he fell on the ground,” the teen explained. “That’s when the kids started grabbing me and him.”

However, things quickly escalated after Perry got involved and used a chokehold, which is banned by many police departments across the US and considered to be a use of deadly force.

“The police officer pushed the kids off of me and he grabbed me and started choking me against the glass,” Ellis recounted.

The teen’s family took him to the hospital after the altercation, and doctors performed X-rays on his neck to determine whether there was significant damage. He’s currently recovering at home from his injuries, which included scrapes on his arms.

The police chief told the outlet that officers are trained to “escalate to the amount of force that we see necessary in order to take someone into custody.” However, it’s unclear if that same protocol would apply to a teen who needed to be escorted to the principal’s office.

However, Ellis’ father Dexter Parker says that he has received messages from individuals who know Perry and overwhelmingly described him as a “bully.”

Woody expressed that the Camden Police Department hopes to use both body camera and school surveillance footage to reach a final decision concerning Perry by the end of the week.