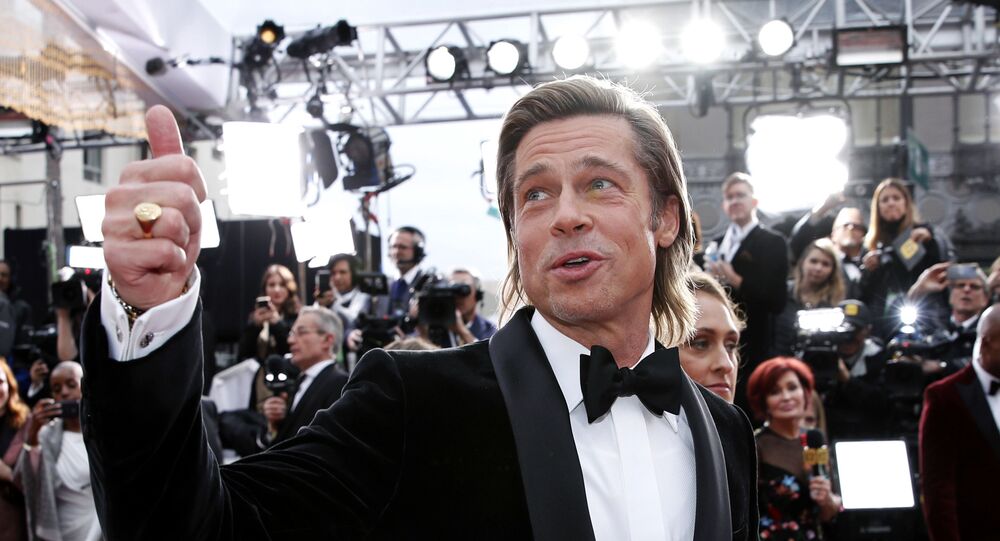 What Do Ex-Obama Staffers Have to Do With Brad Pitt Going Political at Oscars?

Since more and more Hollywood A-listers have been heard to drop political or socially-laden comments at award ceremonies, including from the Dolby Theatre stage on 10 February, questions arise as to whether their speeches are really off the cuff or thought over by PR pros.

As the US political theatre is gaining momentum in the run-up to the presidential elections, and while caucus primaries are in full swing, there is hardly any Democrat or fan who hasn’t yet taken a jab at POTUS Trump. Even more so, given the lukewarm impeachment debacle that spanned a total of 4 months, when only the laziest didn’t have their say.

The frenzy gripped even [read: naturally] the Oscars, which appeared incredibly politicised this year, and seems to be less than accidental, and neither was Brad Pitt’s dig during his acceptance speech at Senate Republicans, who acquitted President Trump of all accusations last week.

“They told me I only had 45 seconds, which is 45 seconds more than the Senate gave John Bolton this week”, Pitt said after winning the best supporting actor Oscar for his stuntman role in “Once Upon a Time in Hollywood”.

The question is not if he is truly disappointed with the outcome of the impeachment trial (he apparently is, taking into account his reported backstage comments), but who authored his Oscars address, like the other, no less perfectly-worded award acceptance speeches.

Entertainment news outlet Vulture earlier reached out to a number of PR and speechwriting agencies to dot the “i”s.

While one unnamed firm confirmed to a Vulture writer that Pitt’s representatives reportedly contacted it vis-a-vis its speechwriting services, a separate representative for Fenway Strategies, a speechwriting and communications firm, revealed their services had long spilled out of the political arena, to entertainment, art, and, incidentally, Hollywood events.

However, what’s more curious, Fenway appears to have been founded by former Obama Administration officials: Jon Favreau, the former director of speechwriting, and Tommy Vietor, the former national security spokesman, back in 2013, the company’s website says in black and white.

“With some of the highest-caliber writing talent on the planet, we help clients find their voice, and show them how they can use it to change the world—one mind at a time”, it promises.

Whether it is that very communications agency that helped Brad Pitt go political on the 92nd Academy Awards stage, remains unclear (yet probable), since neither the firm, nor Pitt’s representatives have commented on the issue.

If so, it would perfectly correlate with another outcome of Sunday’s night event - an Oscar won by Netflix’s "American Factory", a film that came out under the banner of Barack and Michelle Obamas’ production company, Higher Ground Productions.

The documentary was awarded for Best Documentary Feature, as it chronicles the story of a Midwestern factory restarted by a number of Chinese entrepreneurs, in a swipe at President Donald Trump's allegedly undelivered promises to revive the manufacturing industry in America's heartland.

The movie was produced by company Participant Media before the finished film was jointly acquired by Netflix and Obamas’ Higher Ground, after the two agreed to cooperate last year.