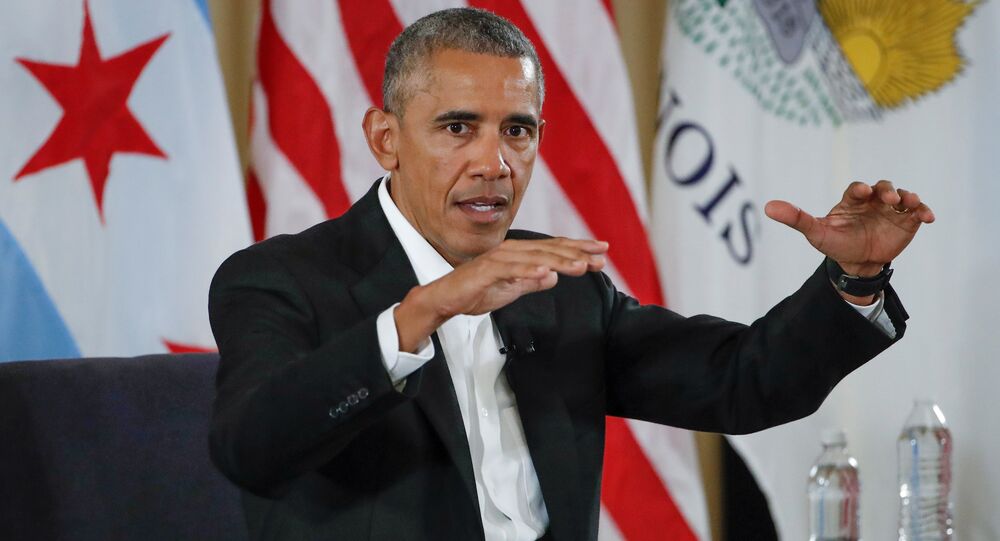 Ex-President Barack Obama has apparently been keeping himself busy since he left his top governmental post in January 2017. He not only travelled the US campaigning for Democrats ahead of last year’s midterms, but also engaged in a documentary project that would lay out his and Michelle’s ethos.

Former US President Barack Obama has been captured on camera as he arrived at the Greenwich Hotel in New York City before dining with Hollywood icon Robert De Niro, his vocal supporter since as early as 2008.

Obama, in a smart black suit and dark sunglasses, appeared on the street between parked cars while holding a takeaway coffee. He apparently exchanged greetings or short remarks with his companions before waving his hand to journalists waiting nearby and entered the Manhattan hotel building to sit down at the dining table with Robert De Niro, an ardent critic of President Trump.

Barack Obama is a frequent attendee of a number of Democratic gatherings, but there is also another walk of life that he has been trying his hand at.

Last year, the Obama couple signed a multi-million dollar deal with Netflix to produce content that would show the couple's values - anything from short documentary series to lengthy in-depth features for the streaming titan under their own production company, Higher Ground Productions.

Michelle and Barack Obama's first Netflix documentary, produced as part of the contract, saw the light of day this year, on 21 August.

Titled “American Factory”, the work focuses on President Donald Trump's allegedly undelivered promises to revive the manufacturing industry in America's heartland by telling the story of a Midwestern factory restarted by a number of Chinese entrepreneurs.