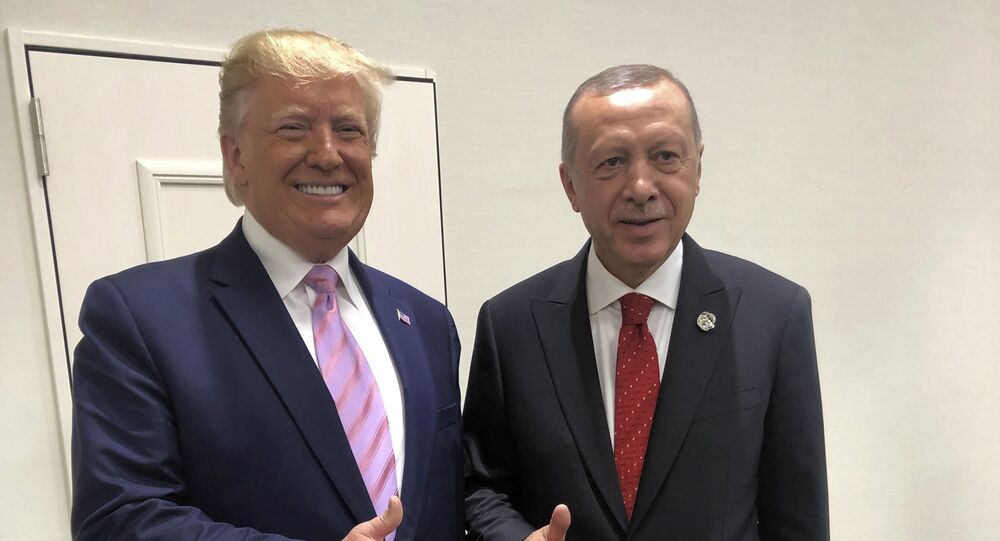 WASHINGTON (Sputnik) - Senate Finance Committee Senior Democrat Ron Wyden accused President Donald Trump of intervening - at the behest of Turkish President Erdogan - in a Treasury Department probe of allegations that Turkey's Halkbank evaded US sanctions against Iran, according to a letter Wyden sent to US Attorney General William Barr on Monday.

"Reports indicate that President Trump promised Turkish President Recep Tayyip Erdogan that Trump would use his authority to halt any further enforcement actions against the bank and that Trump consequently instructed you [Barr] and Treasury Secretary [Steven] Mnuchin to interfere in the matter", Wyden wrote.

The letter noted that Barr's office had refuted the reports as "gross mischaracterisations".

The letter said Wyden is conducting an investigation and posed a number of questions for Barr, including: "Did President Trump, or did anyone at his direction, attempt to interfere, intervene or otherwise engage with the Justice Department's independent inquiry of the Halkbank scheme".

The letter indicated that Wyden is investigating Trump administration actions on Halkbank in the two years prior to a six-count indictment issued in October 2019 related to a multimillion-dollar scheme to evade US sanctions on Iran.

The indictment came just days after Turkey invaded northeast Syria in a widely criticised offensive against US-backed Kurdish forces, according to the letter.