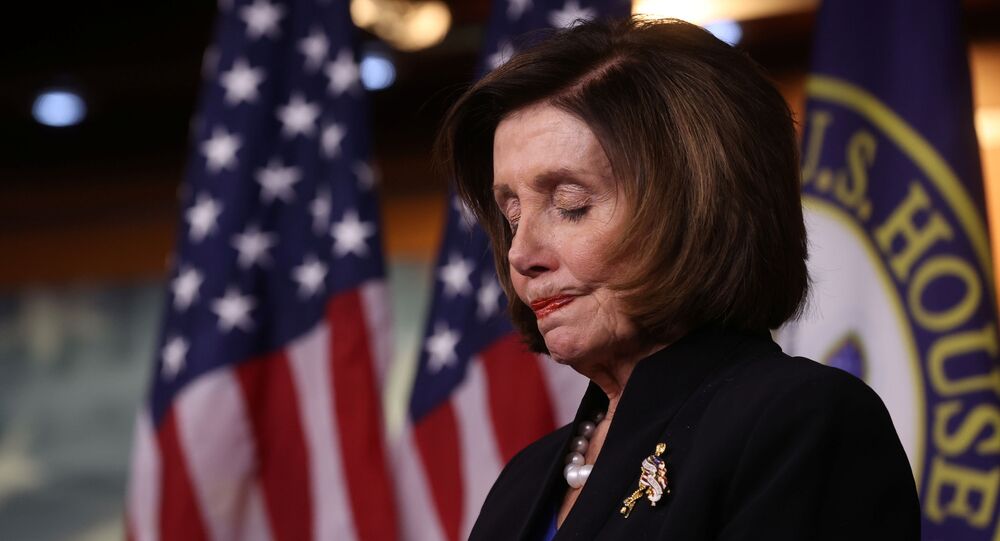 US House Speaker Nancy Pelosi spearheaded the Dem-triggered impeachment of US President Donald Trump. Pelosi accused Trump of soliciting foreign power to meddle US policy in a bid to undermine what some believe to be his main political rival in the upcoming presidential election, former Vice President Joe Biden.

Trump confirmed that the annual State of the Union address would take place as scheduled on Tuesday - a day before the US Senate is set to vote on two impeachment articles against him.

Trump accused the Democratic National Committee (DNC) of "rigging the election again", blaming Democrats for a change in rules in a bid to help newly-minted Dem presidential candidate Mike Bloomberg appear in the next debates.

The GOP-controlled Senate voted on Friday to ban additional witnesses and documents in the removal trial for Trump's impeachment. Lawmakers from the upper chamber scheduled the final removal vote for Wednesday, 5 February, prompting rumors that the quick vote without additional evidence - as well as a GOP majority - would likely acquit Trump and allow him to remain in the office in spite of being impeached.

© AP Photo / J. Scott Applewhite
Pelosi Slams Senators Who Voted Against Witnesses at Impeachment Trial as Trump’s 'Accomplices'
The lengthy impeachment hearings in the Dem-controlled US House kicked off last fall after a whistleblower - whose identity remains a riddle for the public and media - alleged that Trump prodded Ukrainian President Volodymyr Zelensky to investigate the Bidens. Zelensky and Trump subsequently denied the accusation.

The Trump White House claimed that a complete and accurate transcript of the controversial July phone call was released, although it was later reported that many elements had been redacted.

The Dems appeared to ignore the 'unredacted' transcript and subpoenaed dozens of people - although the whistleblower, Hunter Biden and Joe Biden were not questioned - culminating in the December 2019 impeachment of Donald Trump, the third president to be impeached in US history.